Romantic February brings Love in the form of Bonuses

A Month of Love at Thunderbolt Casino 💘

This one is for all of our romantically minded Thunderbolt casino players.

You can celebrate love 365 days of the year, but we all know that the sense that "love is in the air" is never more apparent than on Valentine's Day. February is the month of romance, romantic tales and star-crossed lovers. Love is everywhere we turn and Thando is ready for cupid's arrow. It is time for Thunderbolts favourite mascot to find his special valentine.

February is the month of love

It feels like we just wrapped up the Christmas festivities and its already time for the month of love. February is the most romantic month of all and with the month of love we celebrate that special four letter word. We are talking about that time around the 14th of February when people send anonymous roses to their secret crushes, make grand romantic gestures and simply just spread the love.

That's right its Valentine's Day and while many have found their special someone, Thunderbolt's fierce mascot, Thando, is looking for his Miss right.

Have you met Thando?

Are you familiar with our friendly mascot, Thando the chameleon? This friendly little charmer was born in March 2015, having climbed out of his shell on top of the picturesque mountain range of Outeniqua.

His very first friend, Oliver the ostrich, gave him a ride to Mossel Bay where Thando saved Dori the dolphin who was stuck on the beach. As a token of her appreciation, Dori took him to one of the most beautiful places in the country - Hermanus, which is where Thando first tried surfing only to be caught in a storm.

Luckily, he was saved by other surfers, one of which was a lady called Alisa. Having learnt the chameleon had no name, she gave him one - Thando, the Zulu word for love. Alisa happened to be a brand manager at Thunderbolt who was there that day enjoying the Cape Town sunshine with her colleagues. They unanimously decided Thando should become the guardian for Thunderbolt Casino, and since then, he's been acting as our proud mascot and a host to our members.

Thando is a few years old now, and in chameleon years it means he's big enough to find his first girlfriend. Seeming as this month is the month of love, we here at Thunderbolt casino have taken upon ourselves to send Thando out to look for a date for Valentine's day.

He's searching for love this Valentine's Day, particularly someone who is Sporty, Smart and Romantic - because this is what Thando, himself is like! Despite his first unfortunate experience of being struck by lightning while learning to surf (and getting his famous thunderbolt-shaped scar on his head), he's often hitting the waves with other fellow surfers. He loves to read and is devouring books on various subjects daily. Finally, Thando is a truly romantic soul and is now looking forward to finding the love of his life.

3 dates, 3 chances for love and only 1 red rose 🌹... who will Thando choose to be his special Valentine? Thando is not just interested in swiping left or right... Instead, he will go on 3 mystery dates, however he is a romantic at heart and so has chosen the most romantic spots in the Cape for his 3 dates. The first mystery date will include a Valentine's dinner at the Two Oceans Aquarium , the second a picturesque picnic on the beach and the third a fairy-tale winelands adventure. On Valentines Day, we'll find out who gets the red rose.

At the end of the three dates, Thando is ready to give a special someone not just one but a dozen red roses. Turns out a picnic on the beach is the right setting to find a Valentine. Thando found his current girlfriend Roxy who is everything he's ever dreamed of and more. Take a look at the recent snap below, that we got of them featuring the beautiful red rose Thando gave her - they're so cute and the perfect match! 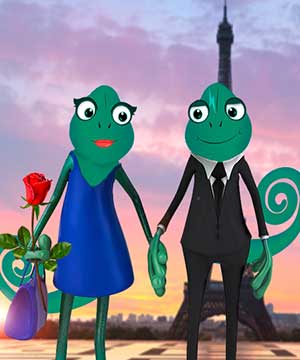 Thando has been lucky enough to find his valentine in this month of love. But word on the street (and you did not hear this from us 🤫) is that cupid is interested in shooting more than just arrows of love... he is interested in spreading some luck to all Thunderbolt casino players too. At Thunderbolt Casino , February is all about luck and love.

Check out what Cupid's got in his quiver with Thunderbolts love filled promotions and experience more than just hearts in your eyes in this time of love and romance.

May your valentine's day and actually any other day be filled with romantic gestures, mouth-watering chocolates and more importantly big wins!

Jingle all the way to spectacular wins this festive season! This jolly slot is coming your way on...

Merlin's Riches are yours to win when you take your rightful seat at the legendary round table.

If you've ever wanted to take a peak on the darker side of the reels, then we've got the online...