Australia’s Crown Casino – Down But Not Out

Will the Crown Casino Continue to Operate? 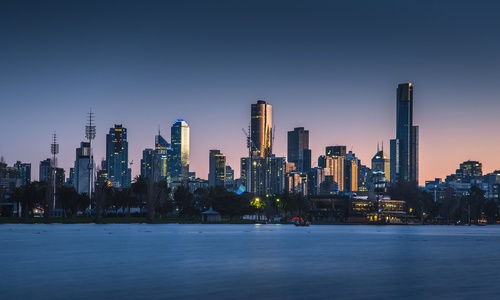 Australia has thriving online casino and land-based casino industries but its largest operator has been on shaky ground for the last two years as the Australian government investigates irregularities in casino operations. After much speculation, an independent government inquiry has determined that the Crown casino will be able to keep its license while it cleans house.

Much to the dismay of critics who wanted the government to force the casino’s owner to sell, the inquiry commission, operating on behalf of the Victoria state government has given the casino a lifeline of two years to demonstrate that it should be allowed to retain its license alongside the Thunderbolt online casino.

The focus on Crown began in 2019 when Nine Network began an investigation for their 60 Minutes program that uncovered Crown’s promotions in China which is illegal under Chinese law, its relationships with junket operators, the casino’s arrangement with the Department of Home Affairs to sped up short-stay visa applications for its VIP gamblers.   Federal and state authorities opened investigations into the allegations.

Ray Finkelstein, a former judge who led a months-long investigation for the state of Victoria wrote the commission’s final report that asserts that the Crown Melbourne had facilitated money laundering, underpaid taxes and taken advantage of gamblers with addictive gambling behaviors. According to Finkelstein, the operator engaged in “illegal, dishonest and exploitative” behavior. Finkelstein’s Royal Commission had the authority to pull Crown’s Melbourne license but it didn’t based on concerns that the Crown Group’s entire earnings engine would become disabled.

Instead, the Commission appointed a special manager who will be operating on behalf of the government to supervise the Melbourne Crown casino for the next two years. The manager  will enjoy almost unrestricted powers as s/he enjoys complete access to all areas of the casino, reviews all accounts and/or records that he/she wishes and sits in on board meetings where s/he has the power to veto any decisions.

The inquiry commission’s report documented the way that the Crown had provided false and misleading information to the state gaming regulator which it bullied, believing that the casino was immune to anything that the regulator might do to rein it in. Many of Crown’s senior executives, said Finkelstein, put profit over their moral and legal obligations to the state and to the public.

Ultimately though, although the 652-page report contained enough material to warrant pulling its license, the commission decided to allow the casino to get its house in order so that a massive economic fall-out would be avoided.

One of the biggest issues  for the commission revolved around the way that the Crown dealt with people with problem gambling behavior. In his report, Finkelstein wrote, “Crown Melbourne had for years held itself out as having a world’s best approach to problem gambling. Nothing could be further from the truth.”

The inquiry uncovered how indebted gamblers were not only allowed to continue playing but were encouraged to do so. Gamers could stay on the gaming floor for 24 hours straight before they were forced to take a break – today a staff member will stop them from playing after 18 hours. Adrian Finanzio, a counsel who assisted the inquiry said that “The system is set up to make it quite possible that someone could gamble for hours on end and not be approached by any staff.”

Crown toots its exclusion program that allows friends or family members of people experiencing problem gambling behaviors to apply for exclusion from gambling venues on behalf of the gambler but critics pointed out to the inquiry that the program is virtually unknown to the general public.

Even for those who know about the program, it can be difficult to sign a person up due to privacy issues. It’s complicated to obtain the needed documents – bank statements, psychological reports, etc – to prove harm in order to trigger a third-party exclusion.  The concern is the highest regarding the Chinese community since the forms are only in English.

In Australia, the Chinese community compromises a sizable percentage of casino visitation and they are some of the most vulnerable gamers. Counselors who work with gambling addicts in the Chinese community say that there are exclusion programs that work such as those in Macau, Singapore and Malaysia where anyone who enters the casino has to provide an ID. But Crown

has no such requirements so even if someone has self-excluded, or been excluded, they can still sneak in.

Can Crown’s License Be Cancelled

Observers said that it was obvious that, as it was operated, Crown Melbourne was unfit to hold its license. For the commission, the question was whether the economic and social fallout of pulling the license would do more harm than good.   Finkelstein and his co-committee members wrestled with the decision, including the “considerable harm to the Victorian economy and innocent third parties” that would be caused if the license were to be cancelled.

Thomas Clarke, professor of corporate governance at UTS Business School in Sydney summarizes, saying “Many, including Crown management, will consider it a lifeline and some will consider it a get-of-jail-free card,” he said. “The question still arises whether it’s capable of reforming itself.”

In a statement by a Crown spokesperson, the casino said that it would work “cooperatively and constructively” with the government as it moves forward.

Even before the inquiry commission, Crown had come under fire for their relationship with Chinese junkets that bring foreign high rollers into the casino. Some of these VIP gamers have linked to organized crime while others were being ushered into the country without proper visas or immigration protocols.

The junket investigation resulted in a $1 million fine for Crown which critics objected was “pocket change” for the multi-billion dollar casino operator. The casino is now forbidden from participating in operations with junket providers.

The slaps on the wrist for Crown have enraged Greens leaer Samantha Ratnam who criticized state and federal regulators for actions that were “too little, too late…It shouldn't take years of damning allegations and the announcement of a royal commission to finally spur our regulator to act," she said. Ratnam wants to see the company broken up for good but, if the various commissions’ fines and recommendations are any indication, that’s unlikely.