Will Japan Have a Casino Industry? 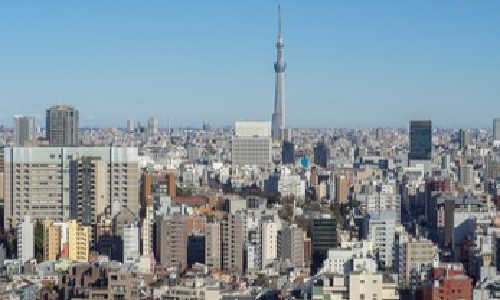 When then-Prime Minister Abe Shinto’s government succeeded in passing the IR Implementation Act in 2018, there was great excitement about the future opportunities that such a move would have for the country.

At the time, the Macau casinos were doing record-breaking business, Chinese junkets were bringing VIPs to a number of Asian and Pacific locations to gamble  and the expectations that Integrated Resorts could help Japan’s economy expand were high.

Japan currently has no gambling venues for either online, like our Thunderbolt online casino, or retail casino entertainment. Anti-gambling sentiment in Japan is high but the government promised a number of safeguards to protect Japanese citizens from addictive behaviors including limiting the amount of time that citizens would be able to visit casinos and limitations on how much advertising could be targeted at the Japanese population.

Still, the level of enthusiasm for Integrated Resorts – resorts that would feature a number of attractions along with the casinos including shopping, eateries and family activities --  was muted, at best, among the Japanese public and now, casino operators and cities that had once fought to host the IRs are backing away from the enterprise.

Whereas in 2018, multiple municipalities and companies envisioned having IRs up and running by 2021, as of December 2022, approval hasn’t even been given for any operators to build or for any municipalities to host.

There are currently only two prefectures — Osaka and Nagasaki — that have, to date, submitted applications to have their IR projects licensed for operation. The applications were submitted in April 2022 to the Ministry of Land, Infrastructure, Transport and Tourism and the expected decision date of fall 2022 has come and gone with no decision having been made.

Bay City Ventures Managing Director Joji Kokuryo, an industry, analyst, believes that the government might give only a conditional license or might reopen bidding to casino operators and local jurisdictions altogether. Citizen anti-casino forces are formidable and there are fewer and fewer political leaders who are still willing to speak out publicly in favor of casino legalization.

Casino operators, for their part, have had their enthusiasm for building in Japan quashed by Macau’s fall, the devastation that the COVID-19 pandemic had on the casino industry and the Japanese government’s growing restrictions on the companies – including the proposal for a 3-year license renewal.

Some city officials are doing their best to ram through an IR project in their area even though a large number of their residents are opposed. In Yumeshima, Yokohama and Wakayama, the Prefectural Assemblies have refused to allow referendums on  the construction of IRs in their areas despite the fact that the number of resident signatures demanding such referendums was quite high.

Despite the activism of conservative political leaders and parts of the business community, the local authorities in multiple regions have done everything possible to prevent the imposition of what seems to be majority will.

In Osaka, a local MP, Noboyuki Baba, is calling on the national government to approve an IR for Osaka. “Osaka prefecture and city have been waiting for the approval of their IR District Development Plan all this time. We strongly ask the government to do so by the end of calendar 2022 at the latest,” said Baba.

Baba represents Osaka’s 17th district. He called on Tetsuo Saito, Minister of Land, Infrastructure, Transport and Tourism, the government department which is  tasked with overseeing bid assessments, to push the process along and hopefully give the city a positive answer by December 31st.

Proponents of an IR being built in Osaka say that, if approval doesn’t come soon, Osaka will lose momentum and may abandon the project entirely. Osaka officials hope to build the casino resort on the Yumeshima Island in partnership with MGM Resorts International, with construction beginning after Expo 2025 ends.

Baba said,  “IR should have a huge impact on the 2025 Osaka and Kansai Expo. Some companies have been saying that they could invest in the Expo if IR is determined……Again, I would like to hear how important the government thinks the IR policy is and how the overseas casino markets are doing.” The latter was understood to a reference to business recovery in such places post-Covid-19.

At present, the Japanese financial services conglomerate Orix Corporation is partnering with MGM Resorts to develop an IR to be built on Osaka’s Yumeshima man-made island. Cost of the project is estimated at $9 billion. In Nagasaki a $3.2 billion bid was accepted from Casinos Austria which plans to build a casino resort at the Huis Ten Bosch Dutch theme park in Sasebo City.

The Japan Casino Regulatory Commission (CRC) is explaining the slow pace of movement on the casino approvals because it says, it doesn’t have the necessary government funds needed to carry out its regulatory duties. The commission was formed through Japan’s Integrated Resort Development Act.

Some are asking what the Commission has accomplished thus far that would justify a raise but according to the CRC, additional funding will better equip the agency to as the industry begins to emerge.

The CRC says that it needs the budget increase because of planned staffing increases as it plans to elevate its staff to 177 positions. The CRC is responsible for issuing gaming concessions to operators that it finds suitable to operate in Japan, regulate the country’s commercial casino licenses, develop and implement anti-addition programs and examine gaming operations at IR properties including technical supervision of all casino-related equipment.

The casino agency will additionally develop programs and initiatives to promote responsible gaming. Japan’s IR law authorized “sound casino business” to operate “under appropriate national supervision and control”  to assure that “order and safety” are maintained in the industry.