Why the Ball Tampering Scandal is Impossible at Online Casinos 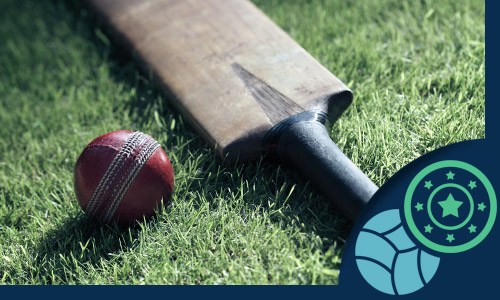 Of course, there is a world of difference between casino online games and cricket.  Possibly the single biggest difference is that online casinos cannot cheat at their games.

The scandal engulfing the world of cricket has made online gaming seem to be at least one redoubt that game enthusiasts can play without concerning themselves about the honesty of the games themselves.

The cricket scandal involves three Australian cricketers, Steve Smith, David Warner, and Cameron Bancroft who were found to have altered or tampered with cricket balls before bowling them.  Smith and Warner will serve a year-long banishment from international and domestic cricket and will donate 100 hours of their time to further community cricket in some way.  Bancroft will serve a nine month banishment plus his own 100 hours of community service.

No one commented as to the great contribution to community cricket the three might make short of telling young players not to do as they have done.

All three players will be allowed to continue playing club cricket, probably because their return in full competitive form is considered a must.

Some feel that a year-long ban is too harsh.  Shane Warne, who once served a ban after testing positive for a banned substance, said that a ban from a major test match, a large fine, and removal from all captain or vice-captain positions would have been enough.

Some people have said that when baseball pitchers are found to have doctored a ball they are banished from the game in progress.  A recurrence might bring a short suspension.  But no baseball pitcher has been hit with a year-long ban much less been forced to contribute 100 hours to community baseball.

Two years ago, the best quarterback in American football, Tom Brady, was found to have been involved in a scheme to remove some air from the footballs in a crucial game so his relatively small hands could grip the ball better and facilitate better throwing.  His suspension was for six games.

So, players in many games seem to have an incentive to alter the balls they play with before bowling, pitching, or throwing them.

Online casinos (such as our very own, Thunderbolt Casino) use a Random Number Generator (RNG) to determine every outcome of every game.  The RNG can determine how slots reels end up, how the cards fall in blackjack and poker, when the roulette wheel will stop, and the end result of every other casino game.

A fully regulated casino that accepts random audits will never try to alter the RNG and affect outcomes in that way.  The casino sets the RNG to return a given percentage of all bets back to players.  The percentage for slots is about 96% or a bit more on up to video poker where the payout rate is close to 100%.

The house in an online casino is not a single person looking for individual glory and therefore cheating to get the glory.  The casino basically bakes into the games its anticipated profit.  Casinos value their reputations above even their profits because, if a casino’s reputation were ruined by a RNG mishap, it would lose players in droves and would effectively be out of business.

Whilst there may be one great bowler on a cricket team, there are thousands of good online casinos.  If one casino falls into disrepute the other thousands would pick up the slack and welcome the casino refugees with open arms.

Online casinos value their reputation vis a vis customer service at least as much, and probably more than, the fun value of their games.  Bad customer service makes the rounds of online casino players very quickly.  A bad moment may leave a blemish in a casino’s reputation that may last far longer than the dispute itself.

A casino in the United States was well-known locally for its Texas Hold’em game in which a “bad beat” won the lucky player a big windfall.  In one game, two players scored a bad beat and were set to receive close to $100,000 between them.  The casino refused to pay on the technicality that one player had announced his hand out of turn.

The case was resolved in the state Gambling Board with the casino being forced to make good on its promotion.  The fallout is that the casino has lost an overwhelming majority of formerly loyal players and may have to file for bankruptcy.

At the outset of the online casino business, most casinos closed their service office for the weekend.  Then some discovered that it was good business to stay open on a 24/7 basis but closed for certain holidays.  Finally, the default mode for customer service these days is to be open 24/7/365.

Online casinos try to make as many banking options available to players as possible.  The latest, and welcomed, wrinkle is that some casinos have begun to accept bitcoin.

Many casinos try to expedite withdrawals in less than 72 hours.

Casinos make a point of assuring players that their money is safe behind the same encryption software the big online banks and other institutions use.

Spike Lee Having the Last Word

Famous American film maker, Spike Lee, once said that sports are better than such entertainments as movies because “sports can’t be scripted”. In principle, this is very true.  Nevertheless, some athletes try to alter the games they play for our entertainment.  In that view, a one year suspension may seem overly soft to some people.