Why Online Casino Games Blow Video Games Out of the Water

Why Online Games Blow Video Games Out of the Water 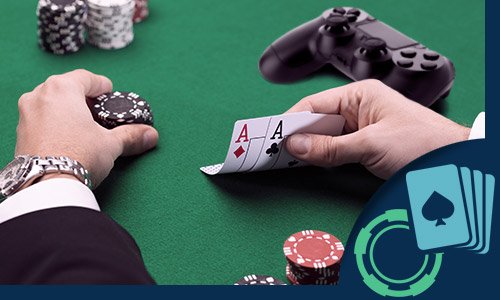 On the Internet, there are games and there are casino games. You can find out anything you want to know about regular games by visiting one of the thousands of websites created especially for those who love video games. There are reviews and announcements, discussions about trends, memories of the an older era.

There are also reviews of online casino games - mostly when those games are some of the most played games on the Internet, or there is a brand new feature that never appeared in a game before, or if the game moves the casino in a whole new direction, as some games have over the years.

But there are compelling reasons why online casino games offer a better all around experience than so many of today's online gaming leaders - the game that rule the world of online video games, as described by popular gaming sites.

1. Video Games Secretly Want to be More Like Casino Games

Have you ever seen a video game tournament? Players are falling all over themselves to get some of the prize money offered to the highest finishers. It's incontrovertible proof that at the very heart of every video game player is a casino fan waiting to be liberated from the petty morals of mainstream society.

But if video games actually want to be casino games, it stands to reason that the best strategy of all is to skip past the second rate imitations and go straight for the originals. Instead of vying for prize money on at a massive tournament, download the online casino and play for real money whenever you like, in a setting that works best for you.

2. Casino Games have the Test of Time

Which game is likely to survive to the next generations - Pac Man or poker? The truth is that they will both be around when the next set of teens starts to sort through the debris of his parent's generation. Perhaps the better question is which game will be played more often.

If history is a guide for the future, than the smart bet is on poker. After all, it's been one of the most popular games in the world for quite some time now. How long was the reign of Pac Man? Did it last for a full a few years before being pushed out by games with more technological subtlety? Even that is debatable. But when the next technological wave comes crashing on the current set of gaming leaders, where will poker be? It will be where it always was - among the most popular games of all time.

3. The Casino has Outclassed the Video Game Arcade by a Mile

The reason is simple. Casino games offer a unique experience that no video game can match, and people are willing to spend big money to experience it. It's the experience you can only feel when you have a real stake in the game. It does not need to be a large stake. It just needs to be something that lets you feel the win or the loss on a deeper level.

Arcade games never gave people that sort of the experience, and none of the more advanced games of today do either. They offer a great deal of fun, but they don't offer the heartstopping thrills that casino fans get with the single spin of the roulette wheel.

There is a wild misconception that has arisen in the world of gaming. It states that casino games are potentially addictive because gambling is an addictive behavior. This largely overstates the reality but at its core, there is a truth there. Casino games can be addictive and players need to set some rules for themselves to avoid getting swept out. In addition, responsible casino sites should offer tips on avoiding gambling addiction. They also often have features that limit how much you can play and how much you can spend.

What's insidious about this belief is not that it's false about online casino games, but rather it's that it seems to exonerate other types of online games from being addictive. That part is simply not true. Too many kids play video games at addictive levels right under their parent's noses. They often need to be weaned off the games the way a heroin addict needs to be led off of the drug.

All types of games can create addictive behaviors. But where are the addiction warnings and features limiting play in games not found in the online casino? That's why the casino is more responsible than the average video game site.