Why Does South Korea Produce So Many eSports Players?

Why Does South Korea Generate So Many eSports Players? 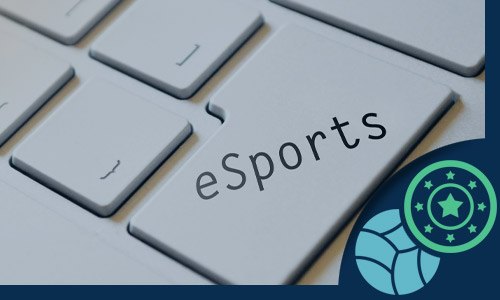 The question of whether South Korea esports teams dominate the online casino South Africa esports field is questionable but there’s no doubt that the number of top quality esports players that originate in South Korea is among the highest in the world. eSports has become a billion-dollar industry and it’s clear that South Korea is at its epicenter.

In 2018, the gaming industry in South Korea was estimated to be worth $6.4 billion – more than 67% of its cultural content industry and almost 9% of the country’s total trade surplus. While China and the United States’ gaming markets are bigger in raw dollar terms, in South Korea, the esports  gaming market has become embedded in the country’s mass-culture which makes it an ideal breeding ground for the lucrative and dynamic pro gaming scene.

While in the West, gaming is generally viewed as an individual activity in which people engage on their own, in South Korea, video gaming is seen as a pastime best enjoyed in the social milieu of other gamers. Around the country, “PC Bangs” abound where patrons play on gaming PCs while paying per hour. The PC Bangs, similar to the Internet Cafes of old, have become a Korean cultural mainstay. They were introduced when the multiplayer strategy games Starcraft: Brood War was first released in 1999 and since then, their popularity has soared.

Korean teenagers head to PC Bangs after school to meet their peers and play games for hours as they compare their skills to those of their friends and train to enter the ranks of top world players. Starcraft was responsible for the first wave of pro gamers and now, thousands of young wannabes are hoping to become good enough to join the pros.

Korean players also receive support from their government which, in the early days of the competitive scene, created the Korea e-Sports Association (KeSPA_ to manage large esporting events. As esports popularity grew events grew, soon encompassing entire stadiums of viewers watching competitions that had prize pools that totaled millions of dollars and broadcasts to tens of millions of fans across the world. Starcraft, League of Legends and Dota 2 were only a few of the games at which South Korean players excelled.

One of the most popular pro gamers in South Korea is Lee “Faker” Sang-hyeok. Sang-hyeok brings in an annual $4.6 million in addition to merchandising/ticket fees, advertising revenues and sponsorships from corporations who are targeting gamers and their fans.

Sang-hyeok is known in the gaming community as the League of Legends “god.” He is regarded as the game’s top player of all times, having led his SKT1 team to three League of Legends World Championships (a feat shared by only one other player worldwide), powered South Korea to international dominance in the gaming community and been awarded as LoL’s most beloved gamer.

Faker’s rise to prominence may have taken him further, faster, than other players but it’s not untypical of today’s South Korean millennial generation of players. Born in 1996, his interest in gaming began in elementary school with video games and puzzles. He moved on to League of Legends in his early teens and after dropping out of high school he joined SKT1 where he quickly moved up the ranks thanks to his perfect outplay against reigning champions.

Even before he hit his 20th birthday, Faker was offered $1 million to play on a Chinese team but he prefers to play in Korea for less money. He has led his team to wins in the World Championships and was voted Most Valuable Player in a number of competitions.

Elements of the conservative South Korean society still view gaming as “juvenile delinquent activity” but the majority of South Koreans see esports as a source of national price. There are accredited eSports academies operating around the country and the industry is credited for adding tens of thousands of new jobs to the economy including in the field of designing, producing, promoting, engineering and organizing.

Today, South Korea is the “Hollywood of the Gaming World.”  In Seoul, there is a cost-efficient, densely-packed network of teams were competitors, sponsors, managers and others work to produce a popular and profitable industry. According to  Dutch esports personality Manuel Schenkhuizen as reported by nationalinterest.org, “Pro gaming exists in its current form and size in large part thanks to the people who made it possible in South Korea. Other countries took years to catch up and are to this date trying to mimic some of their successes.”

The ROK Culture Ministry is preparing to relax older regulations so that, in the coming years, the government can better support the competitive gaming industry. There’s now a government-accredited game academy called the Game Coach Academy in Korea which further boosts the ability of Korean players to excel. With the consistent growth of the global games market and the ongoing boom in digital content consumption, the South Korean esports industry seems set to enjoy a bright future.

Which brings one back to the original question. Why South Korea? Why has the esports industry become such an important component of the ROK economy?

Sociologists suggest that one of the reasons that South Korea plays such a central role in the global esports world is that esports has become a way of life in the country.  There’s a gaming culture that ensures that scrimmage and tournament play is always available and there’s a vast network of resources that are available to the players.

Gaming has come to be recognized as an important way of life where players aren’t just “wasting their time” but are on a career path. Thanks to the proliferation of the PC Bangs, Korean players excel at MOBA (Multiplayer Online Battle Arena) games – among those, League of Legends and Starcraft.

In addition, South Koreans admire the amount of money that can be made in the business. Researchers place South Korea at #3 in the income realized from eSports – above countries 10 times the size of ROK. Basically, the gaming culture in ROK is blossoming because of the opportunities for making money. Players, coaches, business people….there are billions of dollars that are flowing into the country because of esports and the more money that comes in, the more that’s being invested in coaching, salaries and other incentives that grow the industry even more.

Some people point to the Korean culture’s “everything or nothing” attitude.  Koreans, as a rule, try to work as hard as they can and reach the highest pinnacle of whatever task they set out for themselves. As the Korean culture embraces esports, players are getting the resources that they need to thrive from a young age which gives them more time to flourish.

Finally, the admiration for esports within Korean society and the societal attitude of acceptance, an ecosystem is created in which players grow and thrive.