When Will Casino Gambling Come to Japan? 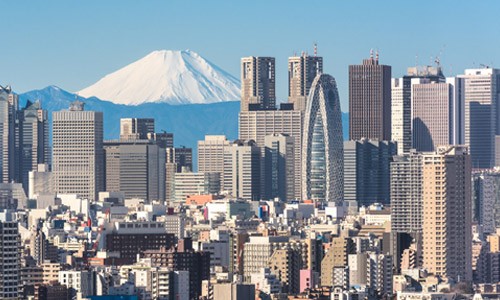 Legislation that will set the regulatory standards for the new industry is taking effect. Setting in place these rules and regulations will allow bidding for the 4 available licenses to begin this fall.

The Integrated Resorts Implementation Act took effect on July 19th. The law made casino gambling legal when run by a licensed operator. Prior to passage of the law most forms of gambling were illegal in Japan.

The original bill was passed in 2018 amidst strenuous opposition from opposing lawmakers, anti-gambling activists and over 60% of the Japanese public. Now the Diet, Japan’s parliament, has established the rules under which operators may work including licensing procedures, authorization of major shareholders, background checks, a list of authorized games and rules, verification of casino employees standards, size and structural standards for the gaming areas and calculation of gross gaming revenue. At this point there are no plans to introduce online casino gambling in Japan.

Now that the law has been codified the bidding process can begin.

Japan has long been seen as an attractive location for casino operators who want to expand their operations in the East. The hope was that Japan could become a major challenger to Asia’s current casino kingpin, Macau.

But over the last 3 years a number of companies that originally pursued paths to a Japanese casino license have either bowed out completely or are rethinking the investment. Both Las Vegas Sands and Caesars have announced that they are abandoning all thoughts of building integrated resorts in Japan. Oshidori International Holdings Limited has pulled out of Japanese casino race all together.  The casino legalization process is proving to be an arduous one and the big companies are wary of committing to Japan’s tough demands.

The current plan calls for 4 licenses to be awarded for casino resorts. Integrated Resorts licenses will be granted for cities of Nagasaki, Wakayama, Osaka and, if current mayor Fumiko Hayashi wins her re-election bid, Yokohama. A good part of the campaign against Hayashi involves anti-gambling sentiment and opposition to Hayashi’s support for a Yokohama casino so if she loses, chances are that the city will not support the construction of a casino.

The Casino Legislation will permit the casinos to offer only specific games. Currently, the only gambling game that  is legal in Japan is pachinko but under the casino legislation, 4 variations of blackjack, 8 variations of poker, both European and American roulette, and sic bo will become legal.

MGM is the largest American-based casino operator to still be showing interest in building a casino in Japan. MGM is focused on building in Osaka where, the company believes, they will be able to tap into an open market. John DeCree, a gaming analyst with CBRE, says “Japan is a massive market, massive population, significant tourist volume, and MGM has been in front and ahead in the race in Japan for pretty much the whole time.”

Three years after the Japanese parliament voted to allow casinos to open in the country, Osaka Governor Hirofumi Yoshimura said that a resort could open in Osaka in the late 2020s. The city hopes to receive the go-ahead to build a casino by next April. While some other cities are rethinking their plans to have a casino built in their region, Osaka has remained committed and MGM seems to be their first choice. MGM has built a strong team on the ground in Japan in the belief that, through personal connections, they will be favored for an Osaka casino license. “It’s really exciting for MGM, and it’s probably one of the greatest opportunities for casino development right now,” said Decree.

Genting Singapore and Melco Resorts & Entertainment are the current front-runners vying for a Yokohama casino. Despite local public sentiment that opposes a casino in Yokohama, the city is seen as the jewel in Japan’s IR crown. The area has a population of about 4 million and is located about half an hour by train from Tokyo Station, making it easily accessible to Greater Tokyo’s nearly 40 million residents.

In addition to the political stumbling block – Yokohama’s mayor, who supports an IR, is struggling in her re-election bid against anti-gambling forces – Yokohama may be forced to compete with Tokyo is the city decides that it’s in its best interests to have an IR built there. Thus far, Tokyo hasn’t shown interest in having a casino built there but it hasn’t ruled itself out either. But even if Tokyo doesn’t build a casino now, it may decide to do so in the future. That would bite into a Yokohama casino big time.

Jojo Kokuryo Managing Director of Japan-based consultancy Bay City Ventures and Yokohama native is still optimistic that an Integrated Resort could help the city grow and flourish. “It’s unfortunate that IR has become the main discussion topic when as a city – and it’s one of the biggest cities in Japan – there are a lot of other issues at hand,” Kokuryo said to Inside Asian Gaming. “With all of this for and against IRs, what has been lost are the original reasons Yokohama wanted to develop an IR in the first place. There is a financial conundrum in Yokohama’s future, and how that will be solved is something that must be discussed. Had this been raised before the last election as the key reason for an IR, maybe people would have been more accepting.”