What US Ruling on Sports Betting Means for the Online Casino

What US Ruling on Betting Means for the Online Casino 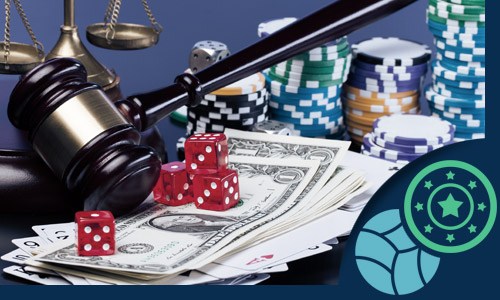 It was the shot heard 'round the world - especially at online casinos everywhere. It was, of course, the dramatic ruling by the US Supreme Court striking down Federal laws barring sports betting in America.

According to the court, the ban enacted in 1992 had violated the rights of states to make their own laws. The law had precluded any expansion of sports betting outside Nevada and in limited parts of two other states. But with the law stricken off the books, some states are expected to jump into sports betting full-force.

The result is likely to be a dramatic spike in the number of sports betters across the country. At the same time, some states will place their own ban on betting. The difference will be that states can pass laws and rescind them on their own volition. States can't override federal laws, leaving their hands tied if they wanted to legalize sports betting.

What's in it for the Online Casino?

Although sports betting is different and distinct from betting on slots or poker games, there is a great deal of common ground between the two forms of gambling. The principles that govern how governments look at betting are essentially the same for both. If sports betting is legalized in more of America, the principle of gambling gains legitimacy.

That's good for every casino across the world.

In fact, casino betting could even be considered more harmless than sports betting. Much of the opposition to the idea was based on fear that allowing outside interests to benefit financially from the results of games could lead to practices such as game-fixing or point shaving. In other words, it could harm the integrity of sports.

But with games of luck like slots or roulette, there is no concern that an outside interest will seek to influence the roulette wheel or the slot reels. Automated dealers also cannot be bribed to give the good cards to certain players.

The ruling is also the latest step in the liberalization of gambling laws in the US, which have grown looser over the past decade.

Will it Resonate to South Africa?

It remains to be seen if the US ruling will have a direct impact on betting across the world. It will, almost certainly, make the betting pie larger by infusing it with legal bets. What is already listed as a $150 billion industry is preparing for a massive growth in the coming years.

Of course, the US is not the world leader in sports betting. Europe has been far more relaxed about sports betting for many years. So on the face of it, the US is following the example of Europe, not the other way around.

But a closer look indicates that the ruling was not influenced by Europe but rather by states across the US hoping to increase tax revenue through sports betting, just as they have with lotteries across the country.

That shift in emphasis could spread to Africa. If the US proves that sports betting enriches states while minimizing impact on the public, it will be seen as a positive development that helps a large number of people.

Next Five Years Will Tell the Story

The initial response to the court ruling has been jubilation. It remains to be seen if states opt to implement sports betting as a strategy for increasing state revenue.

That means that the short term impact of the ruling has been to inspire many more people to see sports betting in a whole new light. Almost instantly, people began to work on technology to capture more of those people.

The longer-term prospects, however, will only come into focus over the next five years. It's possible that the foreign impact of the ruling could emerge much sooner.