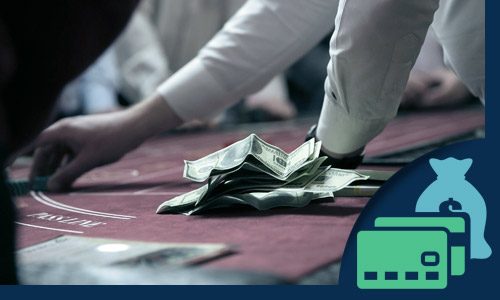 Funny as it sounds, there are people who have never tasted the power of casino games online. They don't grasp the thrill of risking real money on something as random as a spin of the reels in a slots game or the deal of card in poker. They don't understand why people would want to play games that could leave them with a bit less spending money.

Most of all, they don't understand why games of chance with real stakes are so appealing for so many people. They have never felt the rising tension of the roulette wheel as it starts to slow down. They eye catches the target range of numbers and the mind quickly calculates what it will take for the ball to land right there, flush in the middle of the series to avoid any doubt it was in there.

The wheel may be moving fast, but the mind is always just a little bit faster in its calculations. Or at least it thinks it is. As the ball drops, just before the mind has time to see if it fell where it needed, the tension is at its peak. Win or lose, the thrill is there no matter what the result turns out to be.

Only Works with Real Money on the Line

It's easy to pretend that there are real stakes in something even when there really aren't any. Like when we watch sports and root for our favorite team or the home team. We feel like it matters whether one team or the other wins the game, and on some level, it does matter to some people in very practical terms. But to the average fan, the importance disappears as soon as the game ends.

That's why even a token amount of money changes the entire situation. It gives you skin in the game, something that will change for the better or for the worse. Without that special stake, there is nothing at issue and no matter how much you pretend it matters, it does not have a real impact on you whether you win or lose.

The Essential Flow of Luck

When you play online casino games, you are completely at the mercy of powers much greater than we are and entirely impossible to control. Luck decides, but what influences luck? It certainly isn't anything in our own behavior. It is out of our power and therefore completely random.

The randomness adds to the fun of online casino games. If you have no control, you can't regret a wrong move and there are no bad decisions. There is only good luck and bad luck. There is also no connection between one game and the one you played before and the one you are going to play after. Just because you won does not mean you are going to lose the next one. And the same goes if you lose. There are no guarantees of winning.

There are only the odds, and over time the games do seem to comply with the odds. But it takes a lot of games to see the pattern. You can't count on winning any particular game, but in a cluster of games a certain amount will inevitably turn out in your favor.

The element of chance and having a stake in the game combine for a truly amazing experience that is more engaging than people realize, especially if they have never tried it. But those who know understand the thrill that go into the experience.