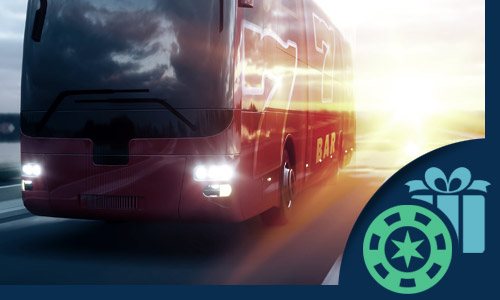 In a long awaited action to implement the Yamoussoukro Declaration which, in 1988, committed 44 African nations to open up the skies for freer air travel within the continent, the African Union established the Single African Air Transport Market (SAATM).  The purpose of SAATM is to dramatically lower air travel costs within Africa as a whole and within individual countries as well.  Amongst the many business segments thought to benefit greatly are urban tourism and playing casino games at land based casinos.

South Africa: Much More Than Safari

Safari is already a big tourist business in South Africa but travelling within South Africa continues to be remarkably expensive.  It is often cheaper to fly from South Africa to New York City than to fly a thousand kilometres within the country.  So, lower internal air travel consumer prices will make tourism to places like Durban and Cape Town far more available to foreign travelers after their safari venture.

There are many countries within easy flying distances from South Africa.   Not only would a full-fledged safari vacation be able to encompass several countries if there were lower flight costs, general tourism in every country would get a major boost.  Tourism includes a broad and diverse range of attractions and activities geared to tourists such as hotels, national parks, museums, festivals, restaurants, sporting events, and much more.

Many businesses operate very close to the margin between success and failure, between staying in business and closing their doors.  Even a small boom in travel to where these businesses are located can be the difference between security for the business within its business niche or the constant threat of closure.

As most tourists have to budget their travels, high flying costs automatically preclude the possibility of stops in several nations.  With travel costs in the low hundreds of dollars rather than far higher as is now the case, many travelers will be able to travel between neighboring countries with relative ease.  Travelers to one country will be far freer to jump to a neighboring country for a concert, a long weekend, and so on.

Where everyone in a locality may visit an important local museum once every few years, people from the same country but who live too far away to drive may never visit the same museum.  However, travelers who can afford to include two major holiday themes on their travels—safari and a major city, for example—may visit the same internationally known museum close to 100% of the time.

We can expect some countries to implement the decision quicker than others.  In time, however, lower prices for tourists will create a spiraling business boom throughout Africa.  As we stated above, there are many business sectors that will benefit from the extra cash tourists will have in their pockets.

Africa: A Continent of Many Voices

Local artists and artisans will be able to make a living selling their handicrafts at bazaars and small shops whereas even now, these symbols of cultural diversity often can’t afford to devote their full time energies to their creative pursuits.

Africa: A Continent of Many Tastes

Local African cuisine is far less well known than local cuisine in places like France, Italy, and China.  Restaurateurs will possibly be able to keep open a local restaurant featuring local cuisine if there is even just marginally increased tourism in their cities.

An interesting case in point can be seen in the little country of Israel where a single Arab family owns several Arabic restaurants in Nazareth, a city of great importance to Christian visitors.  These restaurants benefit directly from the million or so tourists who come to Nazareth for its Christian heritage and end up having a meal of authentic Arabic cuisine!

Another area that is less often mentioned as possibly, even likely, to realize a boom in attendance with lower flying costs is the land based casino business sector.

There are many land based casinos in Africa with South Africa the leader.  Casinos provide good paying jobs to many people in their area.  They support every other sector related to travel as mentioned above.  People who travel to enjoy the cosmopolitan attractions of Cape Town can already visit a casino there.  But if they also want to go from the far southwest of South Africa to the far northeast on the same trip, they can wait until they are in the northeast to visit a casino.

A few hours at a land based casino may be one of the minor stops on a South African holiday but something as small as a few hundred dollars less in air travel costs may be the difference between going to a casino or not.

Ushering in a Golden Era

In short, the money not spent by holiday goers on flying costs will probably find its way into the pockets of local artists, small business owners, or salaried employees.

Africa is famous for its safaris and the great diversity of natural wonders.  Lower travel costs will lead to Africa becoming famous for many more areas of attraction to tourists.