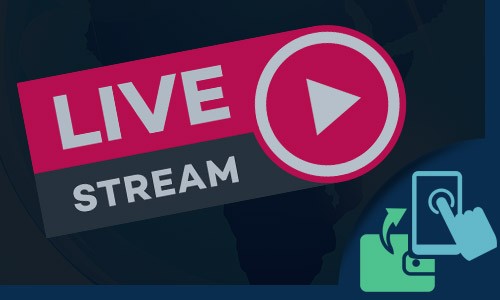 While online casinos - like our very own Thunderbolt Casino - are not "the" thing among gaming streamers, the live streaming gaming community in Africa is starting to draw notice from observers from around the world.  Africa’s top video gamers are competing at the highest levels in almost all world tournaments. Some of the top African gaming streamers include:

Dangerous Dave is probably one of the best-known African streamers. He plays on YouTube where he operates the Super2bit YouTube channel and is now active on Facebook as well. Dangerous Dave’s specialty includes DOFWWII, Star Wars Battlefront and PUBG. Dangerous Dave mixes his streams, playing popular, older fan favorites as well as new, unknown releases. Dangerous Dan’s name comes from the 1988 computer game Dangerous Dan and he’s extremely entertaining, delivering funny, engaging commentaries while he hurtles through the gameplay.

Nigerian gamer Sirlucem is new to the streaming scene but he’s bringing more Nigerian fans into the gaming community with his streams of Assassin’s Creed, Call of Duty and GTA V Online.  His streams can be found on Twitch. Sirlucem must contend with streaming in a country where many people don’t have a good Internet connection so he plays with a lower stream quality of 720p 60 to accommodate those followers.

Currently his audience consists mainly of North Americans and Europeans but he wants to draw in more Africans, specifically people from his own country.   Sirlucem streams on  Mondays, Wednesdays and Fridays at 21:00 Nigerian Time.

There aren’t many African women streamers in the gaming community but AliasV is one of the best players of any sex. AliasV plays for the Complexity team and specializes in intellectual card games such as Gwent and Magic: The Gathering. She is also well-versed in popular games including Destiny 2, Horizon Zero Dawn and Last of Us.  AliasV streams on Twitch.

Africa’s biggest tech commentator is South African UF Disciple who streams on YouTube. He has a subscriber base of over 50,000, mostly in his role as a commentator on computer hardware but increasingly as a gamer. UF Disciple is best-known for jumping in on games with other local streamers but he does his own streams as well. His  own streams include a variety of games and he’s becoming known due to his interaction with other African streamers.  UFD’s popularity is growing thanks to his lively presentation of new games and participation in streamer gatherings.

Lumin’s presence on YouTube is an active one where more than 30,000 subscribers watch his live streams that include popular titles such as Fall Out 4, The Witcher 3, Hearthstone and Overwatch. Part of Lumin’s draw is his helpful game and how to commentaries where he walks viewers through the games in an engaging and entertaining interactive manner. His live stream playthroughs are unique making his streams popular and inviting.

Queen Arrow is a law student whose live streaming has put Kenya on the gaming world map.   She focuses on Tekken 5 and has also dabbled in the world of esports, competing at Mortal Kombat at the East African Gaming Convention and in the Tekken 254 tournament.  XiT Woundz, a professional e-sports club based in New Jersey, offered to sponsor her which made her the first pro-gamer in Kenya to be picked up by an international team. In addition to her live streams she now plays in many esports competitions.

GeeMax is South Africa’s premier streamer for Project Cars and Forza. Car enthusiasts enjoy his car modding which accompanies his streams. GeeMax streams live on Twitch and his laid back attitude draws in the viewers. GeeMax is a huge gaming fanatic and esports fans and his streams include entertaining game play mixed with commentary about the local gaming scene. He’s accessible to wannabe streamers and is always happy to engage with them on the chat and help them get set up. Because  of GeeMax’s music choices, you can only see him when he’s live since he can’t leave past streams up.

Another South African woman in the gaming world is Malachaai who hails from Cape Town. Her preferred games focus on platformers, action adventure and indie games with a bit of Switch content. She doesn’t show her face in her streams which stay focused on the gameplay. She does provide commentary which is voiced over the content. Malachaai’s community is a welcoming one and her love of the games is clear in the streams. Her smooth voice accompanies the gameplay perfectly.

Samplayze live streams fan favourites on Mondays, Wednesdays and Fridays. His streams include GTA V, Battlefield 1, Fifa 17 and Titanfall 2. His content is fun, fresh and relatable and he has nowhere to go from here but up.

Pacman was already a well-known South African player when he moved into live streaming. Now he’s become one of Africa’s top professional gamers. His platform is YouTube and it’s there that he streams mainly PUBG and CSGO. He loves to host big name streamers who show up in the comments section during live broadcasts and watch his fast-paced and entertaining streams.