There is Science Behind Intuition

Is Science Behind Intuition? 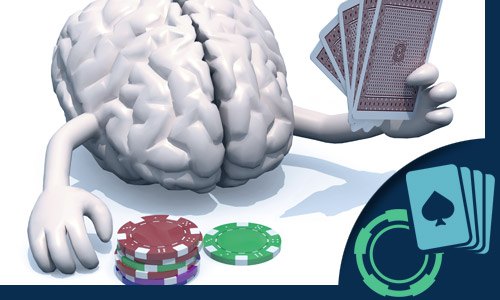 When it comes to playing games of chance for real money, it helps to have an inner voice that guides you through the a typical playing session, letting you know when to stop, when to increase the bet, and when to ride out a period that feels like a bad streak.

That inner voice can be called intuition. Ask any gambler about it and he'll tell you that the best way to build intuition is to keep on playing. The more games you play, the more situations you see. And the more exposure you have to the variance in the games, the rhythm of how the odds play out in real games, the better your chances are of being able to pick out patterns in the randomness.

That's a useful skill to develop for anyone who loves to play games online. It could be the decisive edge that puts you ahead of the casino, and it could alter your luck, or at least seem to alter it. It help you read your luck more accurately so that you can make decisions that conform to the contours of your luck.

Using the Right Side of the Brain

Psychologists agree that intuition is handled by the right side of our brains, the side that deals with creative pursuits, the arts, and imagination. It is not the analytical part of the brain, the part that's good at math and counting winnings at slots or poker.

Scientists have done tests that would be of interest to any fan of casino games. They placed four decks of cards in front of people and asked them to choose a card from any deck in a simple game where the winner was the one who turned over the highest card. The decks used in the experiment were not random, however. They were stacked so that two of them were loaded with high cards and two with particularly low cards.

People in the experiment were wired to sense heart rate and sweat glands - indicators of stress not apparent to the naked eye. They showed that after just a few rounds, people sensed the two worse decks were not as good and started to avoid them.

The Ability to Read Facial Expressions

Some of the experiments on facial recognition were carried out by on subjects who were shown a picture for only 33 miliseconds, which is too quick to consciously register the picture. All of the information gathered by the subject would come from nothing more than a gut feeling.

Other psychologists refer to intuition as nothing more than learned expertise. It's a product of deep experience, not a mystical "sixth sense" that is more like a super power than an expression of our truest selves.

The best way to give yourself an edge at the online casino is to play enough games to be able to narrow down the possible range of outcomes, and then to be able to create a hierarchy on probability, with certain events highly likely and other events are rare but take place occasionally, to other events that are highly unlikely to happen.

After that, let your tuition take over and guide you through the toughest decisions you need to make when you play. Experience - which provides the biggest sample of events to learn from - is an irreplaceable teacher.