The Science of the Moment

The Science of the Moment - Win or Lose 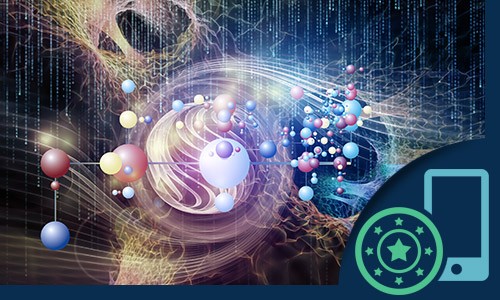 Most people who love online casino games say that the best moment comes just before the game ends, in that peak point where hope and uncertainty collide head on and the tension that comes from playing for real money pulls to the limit. The result that comes after that moment is already anticlimatic, important to know but not the real reason some people play.

That moment of highest pleasure, win or lose, is a great fascination for social scientists. Some place it in the study of happiness. Others say it belongs in the psychology department.

A third group places it in neurobiology, which concerns itself with processes of the brain. Neuroscientists and others have studied what happens to the brain while experiencing moments of pleasure similar to that of the joy and glory playing at the casino online.

In one study, a researcher sprayed apple juice into the mouths of monkeys. He continued to do it, and his sensors detected that the monkey was getting a surge of dopamine, which comes from a pleasure center in the brain. After a few times, the researcher saw that the dopamine was start to shoot up in the moment before the monkey got the apple juice. The trigger for the dopamine was not the juice but the anticipation of the juice.

He continued the experiment to create even more separation between the juice and the anticipation of it. This time he would ring a bell before spraying the juice in the money's mouth. The bell, not the juice, triggered the dopamine burst.

The result was clear: there are processes in our minds that are triggered when we look forward to a possible and desirable result. Once we get it, the dopamine is no longer triggered. Stretching the moment means stretching the anticipation, putting off getting the result as long as you can manage to stay actively hopeful of the result.

Why Heavy Hitters Have More Fun

When it comes to the online casino, the question is how desirable is the result - and how painful is the price it costs to try to get it. Taking a big risk may ultimately be harmful to the bottom line, but that's probably not what's motivating those who make the biggest bets. If there is more pleasure winning when the risk is greater, then the possibility of that win would be the dopamine trigger.

That's the pleasure in raising the stakes. People who generally like the high roller approach can look forward to the biggest rewards if one of their bets pulls through. They know what's at stake - they know the odds are deeply against them, that the game is likely lost and the bet will not yield fruit.

But they also know that the jackpot they are chasing is worth more than the odds, and the possibility that it can happen, even the remote possibility, makes it worth hoping for and imagining the future after winning the big score. And that hope and anticipation work together and yield a real anticipation.

When looking at that moment of anticipation from the perspective of the high rollers, it becomes intricately connected to the idea of risk. There is no anticipation without risk, and the less chance you have of winning, the greater the risk...and the greater the pleasure, even if you lose.

But anticipation without anything following the anticipation is unlikely to sustain itself. The monkeys always received what they anticipated. At the online casino, it might never happen if the odds are low enough, and it may be very rare otherwise. Even the high rollers need to score on some level so that their anticipation would be substantial enough to bring the dopamine hit.

It might be better to raise the risk gradually as you gain an intuitive feel for the rhythm of the games. The pleasure centers need to know that we are hoping for something that can actually happen otherwise it will stop accepting the message.