The Rush of Risk

Live at the Cutting Edge of Risk 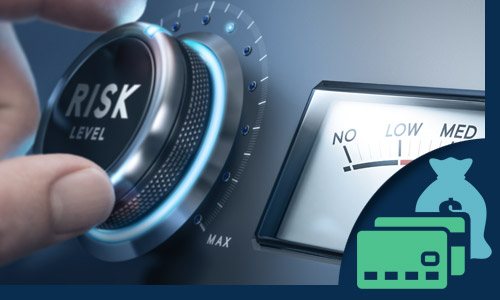 Everywhere you look, it seems that the people who are most engaged with life, most apt to take full advantage of the opportunities they encounter, and most in step with their time and environment are those who live at the cutting edge of risk

Risk is all around us, but it is most clearly expressed through games of chance such as slots and cards. When we make bets on the outcome of those games, there is always a risk that we could lose our money through nothing more than bad luck. That's what makes online casino games so immersive and so deeply engaging.

We live with an inner risk assessor. People who are more engaged with their lives tend to be more attracted to a certain level of reasonable risk. People more risk averse tend to see their lives in a more defensive perspective and tend to be more resistant to change.

In his book, The Rise of Superman, about extreme athletes, journalist Steve Kotler explains the high risk behavior of people who leap over the Great Wall of China with a skateboard or surf 10 meter waves as a pursuit of a psychological state called flow.

Flow is the essence of high performance, whether in sports or in any other human pursuit. It is present when the mind is so deeply engaged with its task that reaches an optimal state where time seems to slow and good decisions are obvious.

According to Kotler, risk is a major trigger for the mind to move toward flow. But it doesn't have to be life-threatening risk. The same effect can be earned by risking something of value. That's part of what makes the online casino so thrilling, even if we don't always seek to move beyond that thrill to another state of consciousness.

People who play online casino games are not as far from the people who perform death-defying tricks on bicycles and roller blades. They are simply placing the risk they take on their money rather than on their bodies. The loss is the same, and the gains are the same as well.

Risk as a Regular Part of Life

There are those who argue that the only people who are fully alive are those who take risks on a daily basis and use the feedback they get to make constant improvements. Living life by focusing on the areas where we have real stakes can feel exhilarating. Of course, the more you expose yourself to risk the greater the chance that you will lose.

The response to that is that losing is part of taking risks. In fact, those who never lose are not really taking as much risk as they think. If you never lose, you are playing it much safer than you believe.

Learning from the losses is one of the benefits to losing. Making a good bet but coming up short is completely different than making a random bet and hoping for the best, even if you win. And it is much more valuable as well. The former involves understanding and planning. The latter simply channels risk for the thrill of it.

There is nothing wrong with looking for a good time and channeling the power of risk to get there. But life often requires more effort. Risk is the way to discover the next step in a larger plan. Experimentation is usually rewarded with knowledge. Sometimes that knowledge comes from a painful place.

At the end of the day, people have all sorts of uses for risk. The online casino only captures some of it. Learn from each game, even if it's a pattern of luck and nothing more. In the long haul, the more you play the better you develop an inner sense for the game and how to deal with the risk involved.