The Power of Pattern Recognition 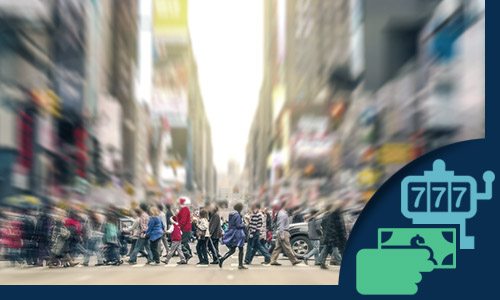 In 2011, researchers at the University of Illinois wanted to know if playing sports gave athletes an advantage over non-athletes in ways that did not show up in sports scores. They created a simulated version of a busy street and had a group of college athletes compete against student non-athletes to see who was better at getting across that street.

The results were indisputable. The athletes got across the street safely 72% of the time compared to only 55% for the collection of psychology, math, and physics majors. But according to the researchers, the results may have been expected considering varsity athletes at the peak of conditioning were pitted against people who spend more time in libraries than in gyms, but the reason was surprising.

The research showed that it was not superior physicality that helped the athletes cross the street - they didn't weave through the traffic or sprint faster to the other side. If anything, the athletes took longer to cross than the non-athletes. What the study showed was that the athletes did not move faster, but rather they thought faster and recognized patterns of traffic quicker that helped them decide when to go and when to wait.

What happened, over and over in the study was that the athletes were far more adept at reading the signs before them, and what's more, were more inclined to try to read the signs. The evidence points to the athletes taking more time to assess the conditions and spotting small patterns that they were able to use to get across.

That's not to say that the athlete group was smarter than the non-athlete group or more capable of reasoning things out. It shows that they were accustomed to looking at a defense and trying to find its weakness, its vulnerable point that could allow them to slip through. They applied that same sort of thinking to their own situation and it resulted in greater success in the experiment.

The athletes had made great strides in developing their pattern recognition. That ability gave them a great deal of insight into what was coming. In a way, they were just on the edge of being able to peer into the future.

How Pattern Recognition Helps at the Casino Online

Even though every spin of the slots reels and every deal of the cards is entirely random and completely unrelated to the one before or after it, it is still possible for someone with strong pattern recognition skills to spot a seemingly random pattern.

In the experiment with the street crossers, the cars that were zooming along the road also had no relation to one another. They were also generated randomly by the simulator, but the experts in pattern recognition were able to spot small traces of patterns, enough to exploit and win the game.

It may be much harder to spot the pattern in casino games online because there really may not be one. At the same time, perhaps the games online have a tiny pattern that can be spotted by someone with a strong enough glance. That would help him to bring the odds in his favor. It may not guarantee a win or even lead to a win, but it could influence betting patterns and lead to some bigger payouts.

How to Build the Pattern Recognizing Muscles

Just as the athletes in the study were able to think quicker and make better decisions because they had spent significant amounts of time learning how to read a situation and reacting to what they say, so too the way to build those same muscles for the casino online would be to play as much as possible.

That means playing for real money or playing for fun, or just paying attention to what's happening, how often, and at what intervals whenever you are anywhere near games online. The only way to start seeing the dots connect is to see the dots as often as possible.

They say that the experience of seeing as many results as possible is essential to building an intuition for the game. But maybe that's just another way of saying that it's a way of learning to see the patterns. Maybe it's not about intuition, which is deep inside, and more about the patterns on the outside. Maybe it's about getting to the threshold of where the next step is peering into the future.