The Lure of Adventure

The Lure of Online Casino Adventure 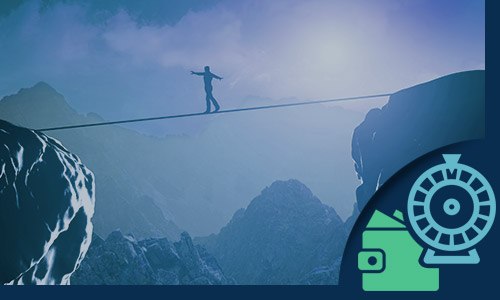 There are so many reasons why people come to the online casino for South Africa, but perhaps the biggest reason can be summed up as enjoying to live life and on edge. There aren't too many chances in life to take real risk where there is a real potential for winning or losing real money. The online casino is one of those places and if handled properly can be a perfectly contained risk area that does not bleed into the rest of life.

So what is it about risk that makes it so attractive? After all, there is at least as much chance of losing as there is of winning.

It's not the chances of winning or losing that make a difference, not the odds at work at any game. The odds are a more or less reliable guide to what will happen with the game over a significant period of time. It does not give much insight in itself on what is really likely to happen in the next game. When compared to odds for another game, it shows which one is more likely to win, but that means very little when you press "spin" hoping the reels are being kind.

The Thrill of Not Knowing

In today's world, there is very little that remains in the realm of the unknown. If we want to know the name of the character played by a particular actor in a particular movie, it takes no time to find the answer on the Internet. If one wants to know the weather in Paris and the rate of Russian rubles compared to British pounds, the answer is there in an instant. It's hard to find something that you just don't know.

But when we open the online casino, there is virtually nothing you can rely on or expect to continue. There is no way to predict how any game will go. Even if you're on a winning streak, the next game has no more chances of winning than the one before it or the one after it. There is no relationship between the games. Each one is an event in itself, independent of all of the others.

That not knowing is what adventure is all about. It's like getting lost in the woods for a period of time and then struggling to find the way out. Each game draws us deeper into the adventure and it takes some force of will to bring us out, especially when the going to great and the results are coming up aces all the time.

The Anticipation is Even Better Than the Thing Itself

There is a line in an old Winnie-the-Pooh story when the Winnie is asked about his favorite moment in life. He immediately thinks of how much he loves eating honey. But then he realizes there is a moment even better than the one when he first tastes the honey. It's the moment before he tastes the honey, when he still has the honey to look forward to but can practically taste it already.

That's the logic of online casino games. There may be nothing as special as hitting a big win at the online casino for South Africa. But anyone who has experienced that can attest to the fact that there was a moment that captured all the tension and all the potential reward. It was the moment before the win was revealed, when there was still the possibility that it could go either way, and then you see that it has gone particularly well for you.

That feeling is renewed again and again as long as you're risking real money. As long as you practice safe gambling and limiting your casino spending to money you can afford to lose, then you are playing with risk in a setting that has real consequences but not ones that will cause great damage. Its risk and its impact is under control. It might sound like a paradox but it's happening day after day, game after game at the online casino for South Africa.