The Future of the Online Casino

The Future of the Casino Online 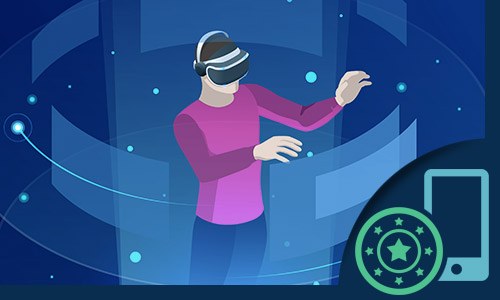 Therefore, it is always interesting to look into the crystal ball and see what the future holds for the online casino. Trends that are already underway in the casino system tend to herald the direction that much of the world will be headed soon enough.

The reverse is also true. Technology that has been successfully applied in other areas will also wind up benefiting online casino players in a matter of time.

1. The Rise of Virtual Reality

Virtual reality has been part of the technology spectrum for decades but it is only very recently that the technology has crossed the line to something sophisticated enough to warrant real investment and interest. It's only the beginning and the graphical interface is not yet developed enough to conquer the world, but the ideas of virtual reality headsets becoming the next platform are already starting to be seen.

With the headsets, the virtual reality programs take on a three dimensional quality that makes the games not only more dramatic but also far more immersive. In an online casino game, it would be like stepping inside a slots game or interacting with a very life-like dealer at the card table.

When virtual reality finally reaches its apex, the question of online casino vs. real casino will be settled once and for all. The difference between playing online with virtual reality and playing at the casino itself will be reduced dramatically to the point where it will hardly matter. Virtual reality is on the way.

2. Bitcoin Goes All In at the Casinos

There are a number of progressive casinos - like Thunderbolt - that currently accept bitcoin payments for playing credits. But the cryptocurrency has some distance to go before it becomes a major payment system in line with all of the other ways cash is used today.

Bitcoin has also spawned a huge number of imitation coins, some of which have made dramatic leaps in value on the open market. The fact that all cryptocurrencies are by definition completely deregulated means that there will be more chances to keep identities secret. That fact has advantages as well as disadvantages.

On the plus side, privacy will be enhanced by the increased use of deregulated currency. On the minus side, there will be more chances for fraud or unethical use of the currency that will be hard to track or stop. As always, it's all about the tradeoffs.

While it's hard to complain about the mobile casino as it is currently constituted, the future calls for more improvements in this area than any other. The reason is that the mobile casino - played on phone and tablet - is now more popular than the online casino over personal computers and/or laptops. As of 2016, it has earned casino sites more money than the other primary platforms.

The improvements run in parallel to improvements in smart phones in general. The graphics will continue to get better, sound will be enhanced and more sophisticated, and screens will be even more optimal for games than they were before.

What it means is that the experience on the mobile phone will be even more impressive. It also suggests the possibility that games will one day be designed primarily for mobile, and only then optimized for the other platforms, and not the other way as they are now. Mobile could become the central way to play games, and judging by the huge number of people playing games wherever you go, the future is not so far from the present.