The Future of Invention is Bright in the New South Africa

The Future is Bright in the New South Africa 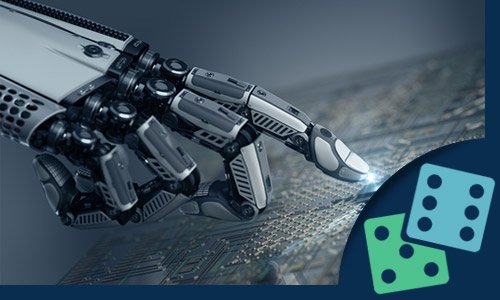 Throughout this month, one South African based online casino has asked its many players to take a moment from playing the casino’s fun online games and salute the inventions and discoveries that were made by South African inventors and researchers.

'Redbush' is the British name for the famous Rooibos tea.  The tea has long been a native favorite even though it is not easy to extract the tea from the indigenous fynbos plant.  Today, rooibos tea is drunk by connoisseurs or just simple tea drinkers all over the world.

Rooibos tea remained a little known tea extract, even in South Africa until the eighteenth century when the Swede Carl Thunberg, in his explorations in South Africa, noticed that the natives would climb a specific mountain for the leaves of a particular plant which they turned into their most popular drink through a meticulous process that included chopping the leaves and leaving them in the sun to dry and cure.  Thunberg didn’t know how to make the production of rooibos tea more widespread and marketable but a Dr. Pieter Le Fras Nortier taught locals how to grow the plant in a controlled agricultural manner which included germination and cultivation.   The result of his efforts was the increase in the stock of rooibos tea so much so, that it could be marketed around the world.

Rooibos tea has no caffeine and no tannins.  Caffeine is still somewhat controversial as some research indicates that a small amount of caffeine is not harmful while other studies find that even minimal amounts of caffeine have long term deleterious effects.  Of tannins there is no argument.  Tannins stress the kidneys and excessive ingestion of tannins often results in kidney damage.

Rooibos tea is said to have miracle medicinal benefits.  It has been used to treat headaches, allergies, high blood pressure, sleep disorders and much more.

The Horn of Africa

The vuvuzela is a horn that has its origins in the ancient tribal kudu horn.  It has inspired sports fans everywhere as it is best suited for communication across a vast hunting area or battleground or a large sports stadium.  It served as the official horn of the FIFA Confederations Cup in 2009 and since then has won widespread popularity especially at football matches.  If you’re trying to out scream the opponent’s fans at a match, the vuvuzela is a handy horn indeed.

The kudu horn was used in traditional societies to call people to meetings or to prayers.  Some form of horn is still in use in many cultures.  The Muslim muezzin calls worshippers to prayers five times a day.  Jewish prayers end with a shofar being blown in the month before Rosh Hashanah, the Jewish New Year, at Rosh Hashanah services, and at the conclusion of Yom Kippur services.  The shofar was mentioned in the bible as the horn that the priest sounded to call the people together and to lead them into battle.

South Africans have contributed mightily in the field of medicine as well.  The first heart transplant involving a human heart was performed in South Africa by Dr. Christiaan Barnard in 1967.  The actual first transplant took place in 1964 using a chimpanzee heart which failed after one hour.    At the time of Dr. Barnard’s South Africa was at the height of Apartheid.  A self-taught surgeon, Hamilton Naki, assisted Dr. Barnard but the assisting surgeon’s identity was kept from the public and from the government because he was a black man. Today, the transplant is considered a great achievement in South African medical history and the race of the assisting doctor is no longer a matter of controversy.

A South African physicist, Allan Cormack, along with his colleague, Godfrey Hounsfield, a British engineer, invented the CAT scan in 1972 which, in unison with conventional x-ray and other diagnostic tools, has made medical treatment of disease and injury far more secure and successful than ever.  The CAT scan has certainly saved many thousands of lives.  The CAT scan is also called the CT.  Both abbreviations are far easier to pronounce than computed tomography.  Both inventors were awarded the Nobel Prize for their invention.

In the last months, native South African Elon Musk has made the world headlines many times.  He is the founder of SpaceX which sent a car into space a few months ago.  Elon Musk has said that his goal in life is, “to take the set of actions that are likely to prolong civilization, minimize the probability of a dark age, and reduce the length of a dark age if there is one.”

George Pratley was born in Johannesburg in 1917.  He made science and business his life.  Amongst his inventions was a type of glue called Pratley Putty.  When the consistency of the putty was changed so that it was more like glue than putty, it found many uses.  Perhaps the most famous are as the glue that helped repair cracks in the Golden Gate Bridge in San Francisco and as the glue that held some parts together on the Lunar Module that took the American astronauts to the moon.

Professor Vivian Alberts of the Physics Department of Johannesburg University invented a way of converting the expensive solar panel technology into a far more affordable technology.  His method is called thin film solar module technology.  It has enabled a large and growing percentage of the world’s electricity to be created without using fossil fuels.

South Africa is still in the rebuilding stage after the years of Apartheid and the slow economic recovery since the end of Apartheid.  Certainly, we will read more news stories about inventions and discoveries made by South Africans in the upcoming years.