The Best Place to Play

Play at Home - The Best Place to Play 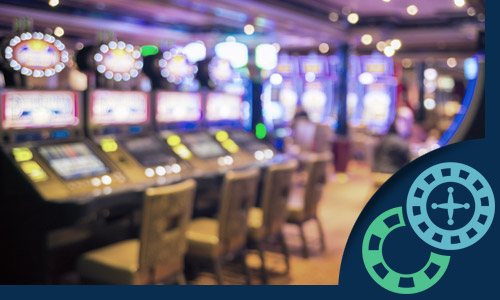 Ever since the Internet made the casino available to everyone, and not just for those who have the time and money to travel to real casinos, there has been a democratization of the games online. Now people can choose when and where they play, and even under what conditions. People can wake up, roll out of bed and play slots or roulette in their pajamas. They can even take the casino with them through their phone and play in the calm and comfort of a seaside cafe, if they can find one in their local area.

The fact that the games are now not just open to anyone but also can be accessed virtually anywhere gives rise to a new debate -- what is the very best place to play? Is it in the privacy of your own home, where you can make the room exactly as you like it? Or is it on the go where you save valuable time that would otherwise go to waste by using it to catch up on a few games of poker?

The answer, of course, is going to vary from person to person and it will depend on the circumstances for each person as well. For example, a new father with an infant in the next room might find it more relaxing to play anywhere other than at his home computer. On the other hand, someone who works as in the service industry might find it especially comfortable to stay at home and play where no one will be seeking his or her attention.

Why People Love to Play at Home

With the Internet making it possible to turn any desk into a home office and reach masses of people through the web, people have been touting the advantages of working in pajamas. It's not so much about the choice of clothes to wear as much as the ability to simply get out of bed and be ready to meet the world. It's a huge contrast to the long commutes people often had to endure before the Internet was widely available.

The reason it was such a big deal, especially in the beginning was the rise of social scientists who were researching the topic of happiness.Study after study indicated that people are happiest when they are bonded with other people. The period of time that often came up consistently as the one that generated the least happiness was the commute to and from work. Not surprisingly, it was time people spent on their own.

The solution many people found was that eliminating the commute by working at home could eliminate a major barrier to happiness. Remote working became a massive trend in the business world. While it didn't bring people closer to one another, it did avoid some of the isolation if sitting in a car in traffic with no choice but to continue to the destination.

The Perks of Playing on the Go

One of the most exciting technological developments of the modern era has to be the fact that we carry around powerful computers wherever we go without even thinking about it. The computational power of the average smart phone is many times greater than those computers that used to fill up a whole room just a generation ago.

Those phone computers make it possible to bring the casino with us wherever we go, and whenever we have a few minutes to spare, we can whip out our mobile phone and play. We can win a jackpot while waiting in line at the grocery store. We can play progressive slots while sitting at the pool.

Best of all, you never have to lose out when you're feeling particularly lucky and want to test that feeling with real money. In the past, if you were too far away from your computer, you simply had to let it go because there was nothing you could do. But today, if you're feeling lucky, you might really be lucky, and there is no reason not to find out if it's true.