How to Spend Money Wisely 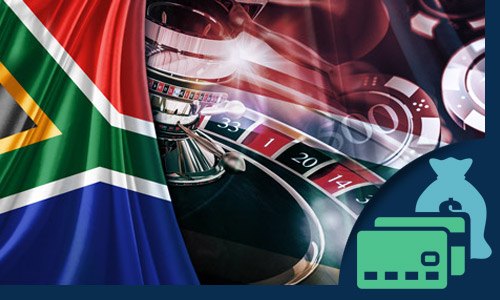 During the festive season, as it does every year, the National Credit Regulator (NCR) warned South Africans to watch their money carefully.  This advice covers spending for holiday gifts, spending for purely personal enjoyment such as high end restaurants or travel, and, perhaps, especially, when revelers want to gamble on anything from sports to slots to other casino games.

The NCR especially warns citizens not to borrow money from loan sharks.  These predators charge exorbitant interest rates on loans and are less than charitable if you have some difficulty in paying back the loan.

One place where it’s almost impossible to fall into this trap is at an online casino where you can’t bet real money unless you’ve put the money in your casino account.

In its press release, the NCR referred people to the Responsible Gambling Association which has as its charter calling to help people avoid problem gambling and to help those who have fallen into that trap to get out of it.

The law required the NGB to set up an investigative committee to determine how online gambling could be implemented. The law itself established rules governing land based casinos, called venues, sports betting, and other legal “premises” where slot machines and other gambling machines might legally be set up.  The law left the idea of online gambling open and assigned the NGB to research the idea.

The same Rob Davies mentioned above announced implementation of the National Central Electronic Monitoring System (NCEMS) on 18 December last.  The new system is designed to monitor every one of the 25000 existing limited pay machines.  Players will be helped because the system will corroborate complaints of a machine malfunction.  Machine operators will also be benefited because the new system will make machines more efficient and will cut costs.

Improvements in the limited pay machine business are also expected to increase the number of players betting through these machines.  Advocates of the machines say that the limited payouts make gambling there more of a social event rather than a cold gambling event.  Wagers are small and winnings are commensurately small.

The system that the NCEMS will replace was said to be very outdated with no proper way to adjudicate players’ complaints.  The new system will also increase employment for thousands of South Africans.

The government warns citizens every year about borrowing money from unscrupulous lenders.  It seemingly ignores the safest way to gamble which is at an online casino.  Perhaps 2018 will bring good news for citizens and online casino players and operators.