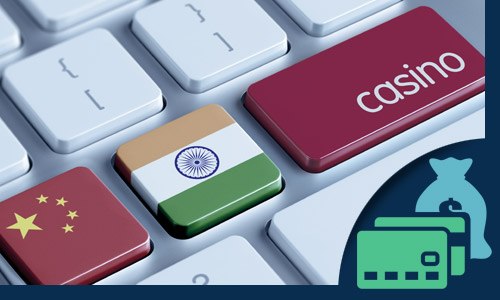 Eventus International, a company based in South Africa that specializes in developing, producing, and running international conferences on primarily sports and gaming-oriented subjects, recently concluded a successful conference in Goa, India called the Sports Betting and Gaming India Conference (SBGI).

One of the highlights of the conference was a presentation on the importance of a growing middle class on gaming generally, sports betting and casino gambling in particular.  When a working class family becomes a middle class family, it has more disposable income and more free time.  Both of these can translate into more gaming and gambling if the activities are marketed as aspects of an overall entertainment budget.

Large countries that are just producing a strong and stable middle class, like India and China, are prime targets for gaming interest both at on land sites and at online sites.  Whilst we think of on land sites as primarily casinos, horse racing, dog racing, and many other venues for gambling preceded the advent of widespread land based casinos.

We also think about online casinos as the main gambling attraction online but many other ways to gamble are available online such as lotteries and sports betting.  In this context, financial investments are also considered a form of gambling and new investment opportunities such as bitcoin and the many other crypto-currencies are also seen as so speculative as to constitute a form of gambling.

Integrity is Key to Rising Gambling

With gambling so readily available to a large new class of consumers with some increased amount of disposable income, the integrity of gambling has become a primary concern for players, business owners and entrepreneurs, and governments.  When gambling was an entertainment of the wealthy, it was considered less of a social problem since the wealthy could afford to lose large sums of money.

The middle class may be strong and it may be stable but that comes with sound budget management.  If we see gambling as a form of entertainment, then it must fit into an overall entertainment budget, not be a separate entry in the family’s overall budget.

So, a primary aspect of the SBGI Conference was devoted to gambling integrity.

The highest court in the United States, the Supreme Court, will soon rule on a case that has sports betting advocates and opponents equally on edge.  The case is not specifically about sports betting.  It’s about a 25 year old law that disallows sports betting in the US in all but four states.  So, one of the restricted states sued to have the law rescinded because it didn’t follow the central government’s guiding set of rights and responsibilities, called the constitution.

If the court rescinds the law, it will open up sports betting in any state that wants to permit and regulate it.

In the US, the debate is now about whether to allow it in any given state and, if it is to be allowed, how is it to be regulated?  The main opposition is that it would call into question the integrity of all sporting events on which legal gambling would be allowed.

The debate in the States also covers the responsibility of the regulating bodies, which in the case of legal sports betting, to have a sound and workable regimen in place to combat the ever-present betting addiction of some gamblers.

A study published in 2016 by the American National Center for Biotechnology Information (NCBI) strongly chided the research community for focusing gambling research on raw data such as percentages of adults who gamble and so on rather than to focus on the health issues that obtain from gambling.

The top online casinos all have measures in place to deal with problem gambling. it is our strong belief that gambling is an entertainment first and foremost.  Top casinos allow players to exclude themselves.  The gamblers recognize their problem and want a strong in-hose method of preventing themselves from gambling at a given online casino.

The top online casinos also flag what appear to be problem gamblers as opposed to high rollers who may be wealthy enough to make big deposits and big bets.

The report specifically warned against research being funded by gambling interests.  It included five principles for establishing, maintaining, and verifying gambling integrity.

SBGI is not the first nor will it be that last conference in which the deepest aspects of gambling are discussed dispassionately, openly, and fairly.  South Africa’s Eventus International is working on several conferences on gambling and sports in other venues around the world.