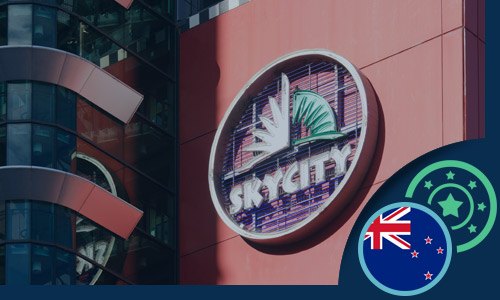 SkyCity has decided to use its experience and know-how in the New Zealand gaming marketplace to attract online gamers to its new online casino platform. The landmark deal, signed with a Malta-based company, will enable SkyCity to make its games and other gambling amenities available to online players.

According to the agreement, the online casino will be operated by SkyCity Malta. SkyCity Malta is a subsidy of SkyCity. The online platform will be built using technology provided by the Gaming Innovation Group of Malta.

Opposition to the new online casino initiative comes from several sectors. New Zealand Minister for Internal Affairs, Tracey Martin, said that she was “disappointed.” Andree Froude, an activist from the Problem Gambling Foundation said, said that, since there are no legal protections for online gamblers on online gaming platforms, the move puts New Zealand users at risk.

Froude explained his opposition, saying “New Zealand gamblers are not going to understand that they’re not protected by New Zealand law. This casino is based in Malta and SkyCity is an international company. They’re saying ‘SkyCity is a brand name New Zealanders can trust’, well, Kiwis wont be getting the message that they’re not protected by our law.…“We have real concerns. We aren’t anti-gambling but we are anti-harm. It will be the vulnerable that fall victim to this.”

Multiple studies have shown that online gambling is more addictive than on-site gambling. Online casinos are available 24/7, offer easy deposit and withdrawal options, have no minimum table limits and allow players to log into their personal account and play at any time and from any location. Critics say that these online casinos also have loose regulatory environments and don’t offer enough player protections.

To answer those criticisms, SkyCity says that they are instituting harm reduction strategies on a voluntary basis and that those strategies will be equal to those in any of their physical casinos. According to Graeme Stephens, Chief Executive Officer of SkyCity, SkyCity is “delighted to be partnering with GiG [Gaming Innovation Group] to establish an online casino offering, based in Europe.

Growing and diversifying our earnings is a key component of our group strategic plan and developing an online presence to complement our existing land-based casinos in New Zealand will enable us to offer an enhanced gaming proposition for customers.”

SkyCity‘s partnership with GiG will give it a top-quality  online platform that will allow players to enjoy the SkyCity experience regardless of whether they’re on the casino’s premises or at home.

CEO Robin Reed of Gaming Innovation Group said they were “delighted” to be partnering with SkyCity. “With this landmark deal, we are also entering a completely new continent where we can build on our ambition as the global partner for strong brands in iGaming. We look forward to supporting SkyCity in its expansion into the online space, where our full suite of products and solutions all form part of a very competitive offering to its online customers. New Zealand is preparing for regulation of online casino gambling and we are there to support our partner further when it happens.”

Gig said that the SkyCity online casino should be ready to roll out its platform within months. SkyCity will be looking to the casino to help boost its profits. The initial tax payout will be $40 million.

Government opponents such as Tracey Martin say that the online casino is technically legal but it’s a contravention of the spirit of the law.

“This would likely put them on the same footing as any other offshore gambling operator and under current law, New Zealanders would be able to access those gambling products,” Martin said. “Our current legislation is based on three principles – of community benefit, harm minimization and trusted providers – and gambling online with offshore operators disrupts that.”

Others are concerned with the Malta connection. Recently, Malta has come under EU pressure due to its lax money laundering laws. Some observers think that the partnership between SkyCity and Gig poses ethical concerns.

The new partnership comes at a time when online gaming is being scrutinized more closely in New Zealand. JackpotCity, which was running casinos in New Zealand until recently, was found to be promoting a free-to-play dobbelganger site in contravention of a law that bans advertising which aims to entice people to a gambling site. JackpotCity was also licensed in Malta and is operated by a shady “global gaming and entertainment group.”

Andree Froude has applauded the Advertising Standards Authority’s decision to curtail gambling ads in New Zealand. “This is so important to protect children, young people and the vulnerable and lifts the bar for harm minimization. We were so appalled by The Spinoff’s experience with JackpotCity that we cited the article in our submission to the ASA as evidence of how a ‘free to play’ website, which was advertised on TV3, exploits the law to entice people to a gambling site. Under the new advertising code, TV3 will not be able to advertise the ‘free to play’ website – this is a huge win for harm minimization.”