Should You Trust Your Intuition at the Online Casino?

Should You Trust Your Intuition at the Casino? 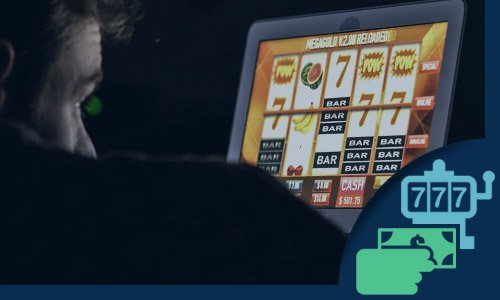 There are many different ways to play online casino games. Some people believe that the games are all completely random so they simply let fortune take control and guide them. Other people try to look inside and see if their intuition offers any additional assistance. That strategy appears to be similar to letting the chips fall where they may, but it offers one possible advantage. It gives the player the feeling that the games are under some level of guidance that can be tracked and controlled.

But can a player really trust the message that he feels so powerfully on the inside? Can intuition really give a player an advantage over another player who is simply betting at random?

Those are questions scientists continue to examine in general as they try to understand the unconscious mind, where many believe the intuitive mind is rooted. Whether or not the information it provides is accurate will never be fully tested, especially in the context of online casino games, because the element of randomness will always leave some level of error.

There are times when asking intuition to help is a matter of going with what's called a 'gut feel' a sense that you feel in the pit of your stomach. It is usually completely disconnected with what is happening and represents nothing more than what a person thinks might be the answer or what he or she wants the answer to be, or something that is feared and ultimately gains some level of prominence in a person's brain.

But that's not real intuition. In fact, more often than not, it's randomness masquerading as intuition. It is no more connected to the unconscious mind than closing one's eyes and throwing a dart at a dart board.

There is another form of thinking that also may not be true intuition, but it has a deeper root than the average gut feeling. It's the knowledge that comes from deep and extended intuition. It's the ability to read a situation and understand what they likely outcome will be not because the odds say it but because you've seen the situation countless times and know what to expect.

Of course, there are gut feelings that are rooted in some level of understanding of a certain situation, and in those cases, they are closer to this second form of thinking, the understanding based on experience. It is far more reliable as a guide, and while there are times when the outcome will be surprising because it does not conform to the pattern you expect, there will probably be highly nuanced differences that require even more experience to recognize.

While the games are completely random, that is not the same as saying that there is absolutely no rhyme or reason to the way the games go. There are odds of winning, and over a long enough period of time, the games tend to adhere to those odds. It's impossible to see it in any single game, which appears to be entirely random. But the odds were not pinned on the game at random to encourage betting. They are the real probability that the game will be a winner.

So if even the most random games do follow a pattern, it stands to reason that this pattern can be intuited by someone with a very sensitive level of intuition. And where does that intuition come from? It also stands to reason that it would come from the unconscious mind, which focuses on the big picture and is better equipped to see the grand pattern that requires a long time to unwind.

Of course, it could be an illusion that there is any intuition at all. Some people refuse to believe in it under any circumstances. But those who try to win an advantage at the online casino will never be among those people. They tend to see intuition when others see nothing but luck.