Senegal Out of World Cup on New Fair Play Rule

Senegal Out of World Cup on Fair Play Rule 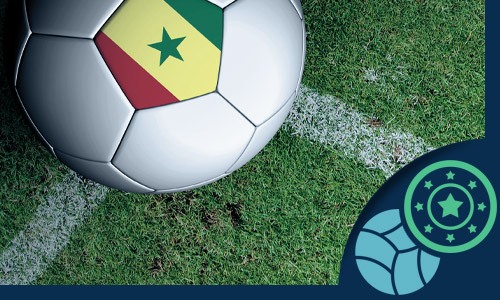 While most of the world was either cheering or lamenting (though mostly cheering, it seems) the unceremonious exit of defending World Cup champion Germany from the Group stage of the tournament, it may have slipped through the cracks that Senegal was eliminated despite being tied with Japan on points.

Senegal got bounced because of a new Fair Play Rule that made the number of yellow cards a team received one of the tie breakers. Because Senegal and Japan had the same number of points, and their goal differential was identical as well, the next deciding factor was yellow cards, and Senegal had collected 6 and Japan only four, giving the edge to Japan.

It was the first time the rule had been applied. In previous tournaments, when teams were tied in points and goal difference, they drew random lots, allowing one team to pass on pure luck. They may as well have introduced them to the casino online and let their fate be determined there.

But in an effort to increase fairness, the fair play idea was introduced. And Senegal, Africa's best and brightest hope for the World Cup, paid the price.

The Need to Play Aggressively

It remains to be seen what impact the new rule is going to have on the game as it's actually played on the pitch. While calling it a reward for fair play gives the rule an aura of  moral superiority, the result may turn out to be nothing more than less exciting play.

It is a historical truth that teams that play with more aggression and more effort often get more yellow cards. Contesting every player that enters into a dangerous area on the pitch requires more than simply staying in front of him. Often it requires trying to take the ball away and end the threat. Teams that do that successfully have a big advantage on the other end. Teams that don't even try often fail in other ways as well.

If teams are too concerned about drawing yellow cards, they may end up giving up more points, which will get them out the tournament quicker than excessive aggression. And if both teams are too delicate to risk penalties, the game itself will suffer.

The very name of the rule implies a defensive position on the part of those who oversee the sport of football and its main event, the once in four years World Cup. The idea that a team with more yellow cards is playing less fairly is simply not true. Many of the worst violations of fair play, such as the subtle use of elbows to clear space for an oncoming drive to the goal, often goes unnoticed and does not yield a yellow card.

Some of the most obvious yellow cards are also the result of players fully committing to defending their goal. They want to ensure that no one gets through and occasionally cross the line. But that is not a matter of fair play. They are showcasing the type of effort that is needed to advance in a difficult and elite tournament such as the World Cup.

Senegal is Bigger Loss than Germany

Instead of laughing over the fortunes of the defending champions, true football fans should look at the loss of Senegal from the tournament and see if they feel in their hearts that the better team advanced to the elimination round.

If so, then maybe the rule is a good one that captures another important element of the game to increase the justice in choosing how to settle a tie. But if something doesn't feel quite right about the decision - if the feeling is that Senegal deserved to advance - perhaps the new rule will have to be reconsidered.

Whether it is or not, it will be too late for Senegal in World Cup 2018. Let's hope that the situation doesn't turn Senegal soft when it comes time for the next World Cup. That would add insult to the injury that Senegal suffered already this year.