Robots are Becoming Real Even in Vegas

Robots Even in Vegas 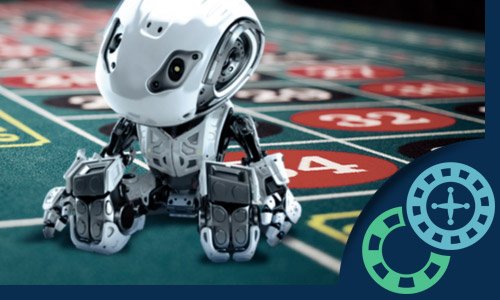 Robots have become so popular for business use that they already have a nickname: bots.  Manufacturers began using robots several decades ago.  The first robots were large “industrial arms” that did the work that two humans couldn’t do.

The advantage of robots was apparent from the outset.  Robots don’t require a salary, saving companies millions in unnecessary payroll taxes; they don’t retire with a pension paid for by the employer; they don’t require medical insurance paid for by the employer; they never get sick although they do need regular “prophylactic” maintenance; and, finally, robots are far more precise than people could ever be.  A robot putting a windshield on a car moves in exactly the same manner time after time, and never needs a coffee, cigarette, or bathroom break.

Robot Use To Grow

By now, there are many robots that are a great deal smaller than the industrial arms of a few decades ago.  Some analysts estimate that in the next ten years the number of robots in use in businesses of all sizes will increase by more than 200%.  Ten years is a short period of time and yet in the last ten years we have seen great technological strides in fields such as computers, generally and computer graphics more specifically, that we can expect far more than a 200% increase in robot use.

Robots Will Make the Computers of the Future

Online casinos are reaping the benefits of the increased graphics technology as the most graphics-dependent game industry- video slots become more and more realistic with each passing month.  Whereas a few years ago, the graphics on mobile devices were far inferior to the graphics on desktop computers, that many people under-estimated the impact better graphics would have on online casino gaming for mobile.

Now that the improved graphics are here, Mobile Gaming has taken off to such a degree that gaming on mobile devices has surpassed gaming on desktop or laptop computers in many countries.

The point of the reference to online gaming is that many robots will be needed to make the mobile devices on which players will do everything from make phone calls to play games.

News out of Las Vegas is that robots are fast becoming pervasive in hotels.  Robots now can answer a room service request in less time than a human did in the past.  You can message the request and the robots in the kitchen get to work right away filling your order.  They deliver the order as well saving you a little gambling money on tips no longer needed.

Hotels are supposed to be a home away from home so every amenity that you might need is provided by the robotic staff.

Robots can also be used as greeters.  They “know” where everything in the hotel is and never tire of answering your questions.  If robots are successful as greeters in Las Vegas, can Walmart be far behind?

I’ll Be Your Waitrobot Today

The controversy over mandatory rising minimum wages has led fast food chains to introduce robots as order takers.  These robots may not be the moving mechanical robots of manufacturing but they are far more than mere computers.  We can expect that as this type of robotic technology improves in the next ten years, the robotic order takers will in fact do some of the work to fill your order.  Just as the human order takers place a tray with paper liner on the counter for you, robots will do the same.  They’ll add extra packets of condiments and will pour your coffee or milk shake.

They will also look so realistic that you’ll “forget” that they are not human.

Industries always try to anticipate growth for upcoming years.  In the next five years, traditional robots in use in industry are expected to double.  At the same time, the number of collaborative robots is expected to rise from 50,000 to 350,000.

Collaborative robots have sensors that identify a “hazard” which would most likely be the human partner they are working with.  The sensors will tell the robot to stop at the correct time in order to avoid harming the human partner.

While manufacturing conjures up images of big industrial machinery, the collaborative robots will be much smaller.  They will replace humans in the manufacturing or processing of certain small items.

Robots To Take Over Some Jobs

An example of this is the plastic tube industry for use in toiletries and the like.  Every plastic tube comes open on both ends after the extrusion process.  It must be sealed at one end before it can be filled with shampoo or toothpaste.

A human sits at a conveyor, looks at each tube and places it in the right way on a metal stick that is part of another conveyor that takes the tube to the filling station.  Each tube has a marking that indicates the bottom of the tube so the workers can place it correctly to be sealed from the bottom and filled from the top.

These jobs are deathly boring; robots can do them without a complaint.

Rather than costing workers their jobs, the introduction of robots in the most boring jobs is expected to create more interesting jobs in the overall job market.