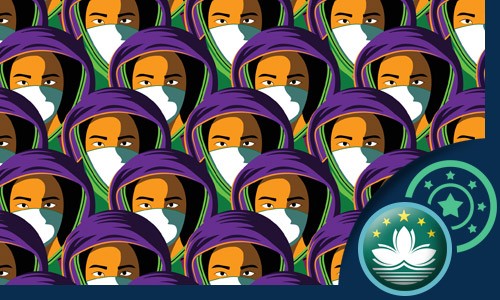 Macau casinos were encouraged to close for 2 weeks to help control the coronavirus epidemic during the first 2 weeks of February. Now they're exploring their next steps as they prepare to move forward. The coronavirus shutdown has affected the territory’s casino games venues in different ways, with some casino operators expressing optimism while others share their concerns.

The territory’s 41 casinos were allowed to re-open for business on February 20th, with non-resident workers from the mainland required to undergo a 14-day quarantine. The casinos were given the go-ahead to re-open, though a 30-day extension was offered to any casino that wanted to extend the closure.

Now, three of Macau’s biggest casinos, run by American operators Wynn Resorts, Las Vegas Sands and MGM, are beginning to assess the results of the two weeks of forced closure.

Wynn Resorts reports that, in the short term, it lost up to $2.6 million per day during the 14-day coronavirus shutdown. In the long term, the company says, its business in China may take years to recover.

Wynn Resorts operates casinos and high-end hotels around the world.  The company’s business in China took a big hit from the fast-spreading coronavirus. The two Wynn properties, Wynn Macau and Wynn Palace, bore the brunt of the losses thanks to the operator’s focus on catering to luxury travelers.

CEO Matt Maddox reported that most of the losses came from the need to meet the payroll of the 31,000 workers who keep the Macau properties running. Wynn executives are, however, confident that the company can weather the losses. Maddox said,  “I don’t want to predict when operations will be back to normal, but they will be.”

However, Wynn Resorts stock, which had started to recover after 2018 Wynn plummet when sexual harassment charges were leveled against former CEO and founder Steve Wynn, fell significantly. Wynn Resorts shares in the early weeks of 2020 have been down  over 10%.

Wynn executives are confident that company can weather the storm. They say that the company has the resources to bounce back.  Chief financial officer Craig Billings said, “We have a ton of liquidity. We have a couple billion dollars of availability between cash and reserve in Macau. That’s more than sufficient to last for, really, any period of closure.”

Las Vegas Sands’ reliance on China for growth makes it vulnerable to the effects of the coronavirus shutdown but Sands’ officials echo Wynn Resorts in their optimism that the company is resilient to long-term damage. Sands is probably the hardest hit of the Macau casinos’ American operators but, say Sands’ execs, the hit to the company’s revenue is only in the short term.

In fact, since the coronavirus broke out, Sands’ stock has risen. One explanation may be that many travelers who might have otherwise gone to Macau are heading, instead, to Las Vegas. That’s only speculation but it’s clear that the company which had come to rely heavily on Macau for revenue growth is seeing good things on Wall Street. And the company’s stock continues to rise as concerns about the financial effects on the company are calmed.

One interesting turn of events is that Las Vegas Sands is now working to mitigate future issues like this. The Macau closing had an outsized effect and the company is now more aware than ever that they must work to become less dependent on China over the long term. Sands will continue to expand existing facilities in Macau but it also wants to explore the possibility of opening and expanding in other locations in and around Asia including in Japan, Vietnam and the Philippines. Such developments will make the company less reliant on Macau.

MGM’s profits were down in Q4 of 2019 and now it’s the coronavirus that is impacting on its Macau property’s bottom line. Only days after MGM Resorts unveiled the financial report for the final quarter of 2019 the Macau casino closed for two weeks in order to halt the spread of the coronavirus. That closure may be the icing on the cake that pushes MGM into recession-mode.

According to MGM officials’ calculations, MGM lost $1.5m per day due to Macau shutdown. That’s still $1m less than rival Wynn Resorts and is giving MGM cause for optimism in a pessimistic climate.

Worldwide, MGM did well in Q4 which should help the company get over the Macau hump.

All told, the coronavirus shutdown is costing Macau’s casinos $100 million every day. So why have the casinos supported the shutdown?

In one word, licenses.

In less than two years Macau will issue new gambling licenses and no one wants to run afoul of the government.  This is the reason that the casinos have not only enthusiastically supported the government’s efforts to contain the virus (the casino closings were “suggested”, not mandated) but they’ve also pledged millions to combat the epidemic and continue to pay employees during the closures.

The casino operators want to be seen as supportive of the government. The Macau market took in $36.5 billion last year -- more than five times the Las Vegas take. One-fifth of MGM’s revenue comes from Macau while one-third of the Wynn revenues are from Macau. Las Vegas Sands profits are nearly two-thirds from Macau.

Desmond Lam, an expert on gambling resorts at the University of Macau  says that “Casino operators have now given a strong signal to the government that they are willing to sacrifice revenue for greater societal cause. This reflects well on them and potentially on the renewal of their licenses.”

China is also interested in keeping on the good side of U.S. operators who collectively employ about half the city’s casino workers.