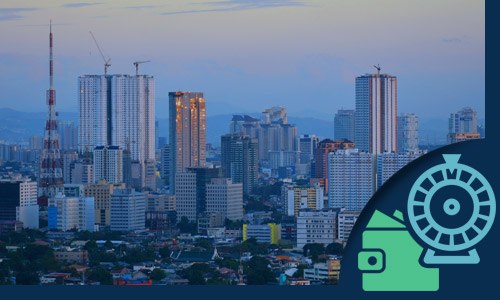 And here is an interesting article - that, luckily, does not affect our FUN at Thunderbolt online casino.  Yet, another advantage to playing online.  But, at any rate, it's important to keep abreast of what's happening in the casino industry - online and onsite.

The Quezon City council is defying the Philippines Amusement and Gaming Corporation (PAGCOR), the country’s gaming regulator, with a new law that requires the city’s casinos to charge PHP30,000 a year for entry. The Gambling Regulatory Ordinance is intended to “protect the mental health of the people against gambling addiction and maintain peace and order.”

The ordinance was backed by Xenia Lagman, Alexis Herrera, Raquel Malañgen, Franz Pumaren, Godofredo Liban II and Marvin Rillo. The aim of the legislation is to further establish an advisory council and set up a 24-hour hotline for those with gambling problems. It also pushes for the adoption of regulatory policies and mandates casinos to collect entry fees fron Quezon City residents.

“To further strengthen the campaign for the prevention of gambling problems, the QC Gambling Regulatory Ordinance requires the residents who wants to play in gambling establishments within the city to pay P1,500 for casinos, P500 for e-games, P100 for e-bingos for every consecutive period of 24 hours, and P30,000 fee if the gambling establishment offers an annual membership.”

Residents of Quezon City who want to play in one of the city’s casinos will be obligated to pay PHP30,000 ($600) a year. That accounts for more than a month’s salary for the majority Filipinos. The ordinance’s supporters believe that it will act as a deterrent and will keep people from developing problem gaming addictions.

It’s unclear whether the ordinance will stand. Philippines gaming regulator PAGCOR claims that Philippine law doesn’t allow cities to put additional restrictions on gambling. If Quezon City tries to enforce the legislation, they can expect a legal battle.

Critics note that there are already multiple bingo parlors and gaming halls scattered around the city. One question involves these establishments – will they now also need to charge an entry fee?

Currently the issue of a Quezon City casino is theoretical but if Bloomberry Resorts’ plans move forward, the city will have a casino by 2022.

Integrated Resorts operator Bloomberry is set to break ground on a Quezon City casino project this summer. Enrique Razon Jr., Chairman and CEO of the company, said that he expects to release the masterplan for Solaire North within weeks and construction will begin soon after. “We should be done by mid-April or May, so we can come out with the announcement,” Razon said. “As soon as the site is clear we’ll have the groundbreaking. Our target is June or July.”

Razon was unconcerned about Quezon City’s planned implementation of the gambling regulatory ordinance. “That ordinance came after, but PAGCOR has something to say about that” Razon said. We won’t involve ourselves in the issue. We are moving forward with the project … the clearance has been given by the Local Government Unit and PAGCOR.”

Gambling in the Philippines

Gambling in the Philippines has been regulated since 1976 when a Presidential Degree created the Philippine amusement and Gaming Corporation (PAGCOR).  PAGCOR is 100% state-owned and runs under the direct supervision of the Office of the President.

In 1976 the government acknowledged that widespread betting was taking place. PAGCOR was created to regulate and operate all games of chance in the country and was charged with generating  the funds that are needed for the government's infrastructure and socio-civic projects. PAGCOR is also responsible for boosting local tourism.

PAGCOR shifted its operations to land-based casinos in 1979 after a fire gutted the ship. PAGCOR built the country’s first land-based casino on the site of the Philippine Village Hotel which was located at the old Nayong Pilipino complex near the Ninoy Aquino International Airport.

Today the Philippines has almost two dozen casinos, most of which are located near the NAIA airport in the Manila Bay area.  Most Philippines casinos are operated by PAGCOR and are branded as “Casino Filipino .” The casinos are located primarily in integrated resorts and luxury casino hotels.

The Philippines oldest casino is the Casino Filipino Pavilion which opened in 1986. Today there are four billion-dollar casinos in Manila’s gaming strip.

Current President Rodrigo Duterte is opposed to having the casino industry expand in the Philippines. Last year he canceled Landing International’s $1.5 billion IR project that was planned for Manila and has done little to encourage further casino growth in his country.

This despite the fact that the Philippines is one of Asia’s fastest-growing gambling markets. The country’s integrated casino-resorts have created jobs and generated significant revenue from tourism and taxes. Since many Southeast Asia nations ban gambling, the Philippines has become a desired destination for many of those nations’ citizens who want to enjoy some casino entertainment.

Duterte is a longstanding opponent of gambling and has said repeatedly that he doesn’t want any new casinos built in his country. “I hate gambling. I do not want it,” Duterte has said. “There will be no casinos outside of what are existing. I am not granting anything.” He is, however, allowing the Quezon City casino project to move forward. In addition, Macau’s Galaxy Entertainment Group and Landing, have secured provisional gaming licenses.

Duterte has also targeted illegal gambling in the Philippines. As part of his nationwide anti-drug campaign, the controversial Philippines president has issued an anti-gambling ordinance in which he promises to crack down on any gambling enterprise that is unauthorized or unlicensed.

"The state condemns the existence of illegal gambling as a widespread social menace and source of corruption, as it has become an influential factor in an individual's disregard for the value of dignified work, perseverance and thrift," Duterte’s ordinance states.

Under the ordinance, provincial authorities in Ara, Bataan and Cagayan must report their anti-gambling efforts every six months. In addition, online gaming operators will be banned from signing up customers who are "outside the territorial jurisdiction of the licensing authority."