Go for the Biggest Payoffs 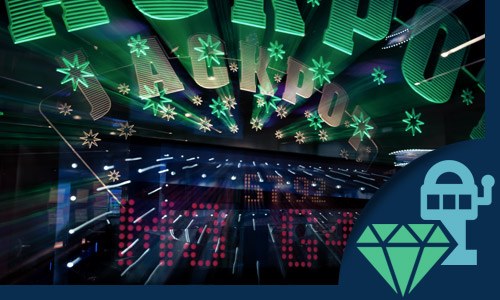 If you consider yourself a big hitter, a high stakes player who lives or the mega-payout, the real jackpot, then slots games with progressive jackpots are right up your ally. Progressive slots have the biggest payouts in the entire casino online. Some of them start with jackpots of a million coins and just keep growing every time someone plays the game anywhere in the world and doesn't win.

A portion of the bet paid to the casino goes into the jackpot and builds and builds until someone somewhere hits the random trigger and wins the whole thing.

There is no way to anticipate when the game is going to pay out, but you can't win if you don't play. And in most cases, you need to activate all of the pay lines. That means playing is a bigger risk than it might be if you only activated a few pay lines. But the size of the bet does not influence your chances of winning, so you can spread out a bet across more pay lines rather than making a bigger bet on just a few.

Read on, and then try out our Progessive Slots games here at Thunderbolt Casino.

What It's Like to Play Progressive Slots if You Don't Win

What makes progressive slots such a good option is the game itself. In virtually every case, the slots game that comes with the big payout is also a first rate slots game in its own right. It just happens to have an extra element hanging over every spin.

But if you're a heavy hitter, that's a reason to play the game, not a reason to hold off on playing. These are games that are good for anyone who wants to try for something bigger. But progressive slots are especially suited for the personality that gets a special thrill out of taking bigger risks for much, much bigger rewards.

Jackpots are Not Just for Slots Games

Just as with the slots games, the jackpots tend to be connected to games you would enjoy playing with or without a jackpot. In fact all games have some sort of jackpot built in. Every game has an ultimate payout. But because of the progressive nature of the jackpots, they tend to get bigger and bigger, surpassing all of the "regular" jackpots the game already offers.

The Win of the Century

To get the full sense of what it means to win a progressive jackpot, it's important to imagine spinning the reel with a bet on all of the pay lines. The reels start to move and the pay lines start to come into focus. When they stop, you find out how many of the paylines were winnings.

Then you realize that you did not just win a few dollars. You win a million dollars, or even much, much more depending on how much built up in the jackpot since the last win.

You can't influence whether you win or lose. It's the ultimate expression of luck from somewhere in the universe. But you can't get the win unless you play the game and activate all of the pay lines. Don't take an even bigger risk - activating the jackpot and not being able to collect the money because you didn't follow the rules.

The risk is higher and so is the reward. If that makes your heart race, then maybe you've found the game that's right for you.