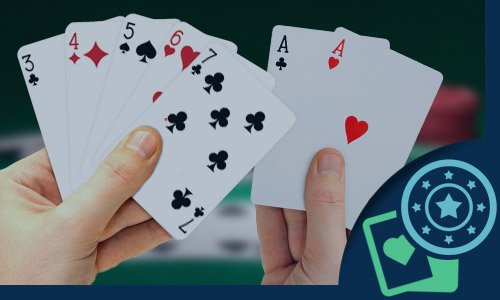 One of the great benefits of playing at an online casino is that you can go from game to game and you’ll never lose your seat at any table or terminal.  Try that at a land-based casino!  It’s somewhat interesting that many online gamers don’t take full advantage of this enormous advantage.  So, in this article, we will “introduce” you to Pai Gow Poker, a poker variation that deserves your attention.

Poker with a Twist

In Pai Gow Poker, you get seven cards.  You arrange these cards into two “hands” one that has two cards and one that has five hands.  The five card hand has to rank higher than the two card hand.

The deck has a joker which is called the “bug” in the lingo of Pai Gow Poker.  Players can use the bug in three ways:

Keep in mind that this also means that the joker can complete a straight flush or a Royal flush.

The final twist is that the dealer is called the banker in Pai Gow Poker.

How the Banker Sets Her Hands

Every casino has a specified manner for setting the house’s hands.  It is important to know how the casino sets the dealer’s hands because your strategy will be affected by it.

There are four possible outcomes in Pai Gow Poker:

At this point, it is important to understand that the five card hand is ranked as all standard poker hands are ranked but the two card hand has only two possible ranks: pair and no pair.  A low hand with nom pair is simply a high card with a kicker hand.

The challenge to the player is to set up his or her hands in such a way as to maximize either winning both hands outright or achieving a push.  The biggest challenge is to avoid a copy.

One of the main attractions of Pai Gow Poker is that there is a lot of strategies but most hands end up as a push anyway.  So, you get to play for a long time at very little risk.  In a sense, it’s almost like playing a casino game in free play mode except that you do put money on the line.  Even though you do put money on the line, there are so many pushes that most players either break even, win a little, or lose a little even after a relatively long session.

It sounds so simple but even simple strategy in Pai Gow Poker can get quite complex.  For instance, you won’t always play the highest hand you can possibly form as the five card hand; often it pays to play a somewhat lower high hand and save a good pair for the low hand.

Here are a few examples:

When you set out to arrange your hands, you need to first look carefully if you have a straight or a flush.  The strategy changes in those cases.

There is no surrender option in Pai Gow Poker so, if you have a really poor set of seven cards, you will arrange them to create a push.

The copy rule which awards a win to the banker if the hands are exactly the same rank means that you need to know the house rules for arranging the banker’s cards.

In land-based casinos, the role of banker may rotate around the table.  You can also bet against another player at the table.  At an online casino, you will be the player and the casino will be the banker.

Pai Gow Poker was invented only about 30 years ago by a man who failed to patent his invention and lost millions of dollars in royalties as a result.  The strategy can get pretty complex but that is part of the appeal.  As we stated earlier, about 58% of hands are won by either the player or the banker and about 40% end up as a push.

As a result, Pai Gow Poker has low volatility.  You can start by playing for low stakes and still break even,  win a little or lose a little even in your first session.