Poker is Becoming as Well Known in South Africa as Safari

Poker is Becoming as Well Known in SA as Safari 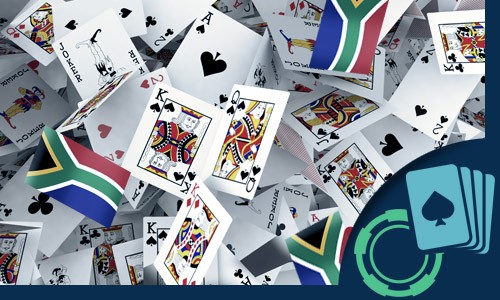 Poker has long been one of the most popular casino games both at land based casinos and at online casinos.  Many casinos have a dedicated poker room with as few as one table on up to ten or so tables.  South African casinos add poker tables often; today there are over fifty poker tables spread across the country.

Land based casinos have dedicated poker rooms because poker is unlike all other casino games; players hate when people hover about the game.  Some decisions take quite a while to make.  Many poker rooms will have a clock to speed up the game but still players have a great deal of time to make their decision which could be worth substantial sums.

Players need the ability to concentrate on their decisions and any distraction would be a major impediment to their clear thought processes.  A casino that allowed onlookers to roam amongst the poker tables would quickly lose all its poker players.

First, you can play against the house in standard poker games but without bluffing.

You can play online against real people.  This entails the same degree of bluffing as n live poker but since you can’t see the other players, you can’t read their body language for hints as to whether they are bluffing or not.

The third type of poker you can play online is video poker which is played against the pay table.  In this version of pokier, if you achieve the minimum hand, you win. Any hand better than the minimum hand increases your win.

The hierarchy of hands in poker never changes from game to game with the exception of games with wild cards in which there may be five of a kind and so on in inflated hand values.  When you play any poker game, you must know the exact rules for that game.  In a game with a wild card, a hand that might have been excellent without the wild card may now be next to worthless.

There is an abundance of poker books.  These are good as far as they go but they can only give you the most basic of the basics.  They may tell you to hold onto a given pair of hole cards but it can’t cover every permutation such as your position at the table, your bankroll, the strength of your opponents, and so forth.  A decision that may be 100% correct in one situation may be entirely incorrect in another.

The best way to improve at this most difficult form of poker is to play a lot and to observe others a lot.  You can play online but you need to go to a live poker room to truly observe others.  It would be best in this situation to play very conservatively and for low stakes.  This is how all of the best players began their careers.

Ashlee de Lange, once considered the best South African poker player, said that he started playing poker at 17 years of age in order to raise money for his mother’s medical treatment.  His quick rise points to a major aspect of real poker: some players have more affinity for the game than others.

The lesson to be learnt is that when you reach your level, trying to rise above it is a foolish pursuit guaranteed to cost you a lot of money until you’re ready to face reality.  Even basic level players can improve within their level and win against less experienced players.

The emotional side of poker is quite demanding.  A player who rails against the gods of poker after a bad beat is likely not ready for the next hand and is ripe for the taking there as well.

South African casinos often host multi-table tournaments or MTTs.  The great challenge at MTTs is to stay mentally and physically fresh for the duration of the tournament.  Such tournaments go on until someone has won all the money at the final table.  Depending on the number of players, the buy-in fee, and the players’ general skill, an MTT can last for hours if not days.

Johannesburg is known as the capitol of South African poker with several poker rooms and plenty of action every day.  Nevertheless, there is excellent poker action to be had in every major city and in many casinos located near big cities.

South African poker pros have many good pieces of advice for new poker players.  Learning the rules from top to bottom is so obvious we needn’t go into it further.  We’ve mentioned developing emotional control because all poker players suffer bad beats from time to time.  The poker slang term for taking a bad beat poorly is to go on “tilt”.  Phil Helmuth is world famous for his tilts and although he is still considered one of the world’s best, he might have become truly immortal had he been able to control his emotions better.

The pros say, almost to a man or woman, that the single area that new players tend to ignore to their great detriment is pot odds.  So, if you plan to embark on a poker career or just to play for fun and profit, learn the scientific basis of pot odds.  If you do, you’ll fold more losing hands and hold on to more winning hands.