Off the Beaten Track in South Africa

Announcing a New Blog Series: Off the Beaten Track in South Africa 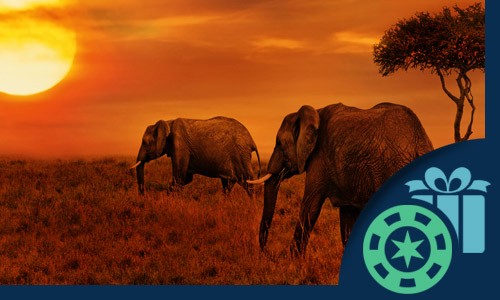 So much has been written about the most common travel experiences in South Africa.  We decided to begin a series of articles on lesser-known places and exciting tourist destinations both for travelers from outside the country and also for South Africans.

Today we will discuss the Eastern Cape.

A Far Cry from the Western Cape

This may be the most out-of-the-way area of South Africa because it is the least developed.  We won’t enter a political discussion as to why the Eastern Cape is so much less developed than other regions in South Africa.  Suffice it to say that for tourists an undeveloped area holds its own unique charm.

The Western Cape is far more popular amongst travelers so in the east you’ll probably encounter little traffic and few if any of those attractions that are ubiquitous at the popular tourist spots.

There are about 1000 kilometers of coast here and so few big commercial establishments.  The coast rewards the hardy traveler, one who welcomes a night under the stars without the distractions of the Facebook and post-Facebook world.

Traveling into the Cape

As you travel south from Durban along the coast, you’ll immediately notice that you’ve entered the Eastern Cape because the road suddenly veers off to the west.   The first village you can reach is back on the coast: Xolobeni.  This is not a likely tourist stop but it puts into clear perspective the challenges faced by the people of the East Cape.

Lithium mining has been on the table here for two decades but mining has yet to start.  Both sides claim that the public supports their position.  Many residents are tired of living in what is called the Wild Coast.  Until the political troubles get sorted out, the Eastern Cape region will remain somewhat wild.

At the very entrance to the Eastern Cape is a fancy spa with a casino.  Attractive to some, to be sure, but not the subject of this blog.

Nature at its Best

More appropriate to us is the Mkambati Nature Reserve.  It’s about five hours drive from Durban and well worth every minute.

The Mkambati covers almost 8000 hectares of land.  The Mtentu and Msikaba Rivers meander through the reserve.  At the higher elevations, thick forests are the rule.  Most of the reserve is grassland, however.

They have cut gorges in the terrain.  Where drainage is naturally poor swamp forests prevail. Near the rocky coast there are beautiful waterfalls.   A trail along the Mkambati River leads to the spectacular Horseshoe Falls.  At the higher elevations, thick forests are the rule.  Most of the reserve is grassland, however.

Birds come to the rivers so bird watching is excellent everywhere in the reserve band especially near the rivers.  Amongst the many species of birds that frequent the wet areas of the reserve are Sugarbirds and Sunbirds. The more colourfully named birds include the Croaking Cisticola and the Redshouldered Widow.   If you take a 2km canoe trip up the river, you might see an Eagle.

The dense forests have birds of their own including a Hornbill and a Pigeon amongst many others.

It’s in the wilderness area that you’ll find many wild animals native to African safaris including Wildebeests, Hartebeests, Elands, Blesbucks and more.  You can take your car through the wilderness areas although travelers often complain about the quality of the roads.

There are a good number of lodges and cabins where you can stay.

They say that the clear freshwater pools are wonderful for observing the abundant life in such waters but few could have understood what they were looking at when a team of scientists came to the reserve in 2009 and discovered 18 new species of living creatures.

We say that almost no one could have known that these were previously undiscovered species because they were snails, earthworms, and spiders plus both many-legged centipedes and many-more-legged millipedes.

It took eight days to make these discoveries.  The scientists warned that efforts to develop the Eastern Cape region would likely disturb the delicate ecosystem enough to cause the extinction of some species already living precarious existences.  The management organization of the reserve said that the new species had been discovered in an area that had never before had purposeful exploration for new species.  The finds demonstrated that the area probably held many more undiscovered species and needed stronger protection from developers.  As much as South Africa has been studied in general, the area in and around Mkambati Nature Reserve has been little studied.

The titanium mining effort mentioned above is just a short distance by air from the reserve so the same political objections that obtain in Xolobeni apply to the Mkambati as well.

Two famous shipwrecks occurred just off the coast at the Mkambati Reserve.  There is no longer any treasure to be found but the ships are still at the bottom of the sea.  One occurred in 1554 to an overcrowded Portuguese ship, the Sao Bento.  The second was a Dutch ship, the Grosvenor, which sank in 1782.  Divers have come up from the wreck with gold coins amongst other booty.

In our next installment of this blog we’ll continue down the coast.  There is still much more to say about the Eastern Cape region.