October is Just Another Name for the Month of Halloween

The Month of Halloween 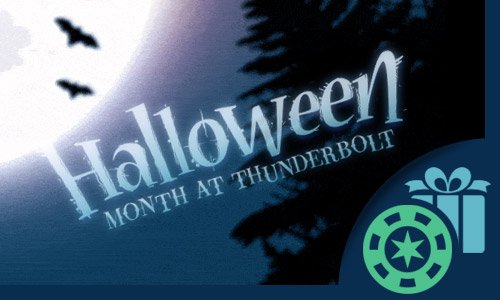 Starting with the very first day of October, there is something in the air that is simply undeniable. It's really not the first day of a month called October, even though that's what it says on the calendar. What it really is, for all practical purposes, is the first day of Halloween, a holiday that lasts for the entire month and even spills over to the first days of November as well.

It's in the streets, on television, and even in the online casino. That's when it suddenly becomes imperative to play all those monster based games. That's when the haunted house games go front and center. It's when the sound effects heard throughout the online casino take on a strange, eerie echo and instead of feeling peculiar, it feels completely in line with the times and the prevailing mood.

And it's not just the games, it's also how we feel about them during the month of Halloween. There is something sinister in the air and we like to soak it up any way we can. That means playing the games that normally seem bizarre for decidedly non-haunted reason. It's when we reach beyond ourselves and leave our comfort zone. That's the true spirit of Halloween.

The Pagan Roots of Halloween

As anyone with a sense of history, especially the history of religion, can quickly ascertain, Halloween is deeply linked to both the pagan-style ritual and the harvest, making it a part of the ancient quest for better crops, more rain, and more stead weather patterns. In other words, it was part of how ancient man attempted to manipulate the gods to be more helpful.

It's also the start of the dark half of the year. It's when the day starts getting shorter and shorter, and the night seems to be getting longer and longer. The night...and all that it represents finally gets its full expression with Halloween. And it doesn't stop there. It goes on and on until the end of the year, when it finally begins to start getting longer again.

A Place for Light and Darkness

If there is one thing to say about the online casino, it's certainly an egalitarian place. There is room for light and whimsical games and there is room for dark and menacing games, the kind that stay with you long after you stop playing. That's the nature of the online casino. It seeks to be a one stop shop for all sorts of action, and most of all, it wants to give every player what he or she wants most.

During the month of Halloween, that may lean more towards the dark and dangerous. And what is more dangerous than placing a wager on a game that is based on pure luck, especially at a time when night seems to be winning and the force of darkness growing stronger.

At the very core, the online casino is a microcosm of the eternal battle of forces beyond our control, the forces we celebrate on Halloween, like our ancient ancestors, with the hope that they will be more gentle with us. They will allow our luck to shine at times and not at others. Just as the weather was unpredictable to our ancient fathers, the deal of the cards is unpredictable to us, and we are hopeful that the next deal with be entirely in our favor.