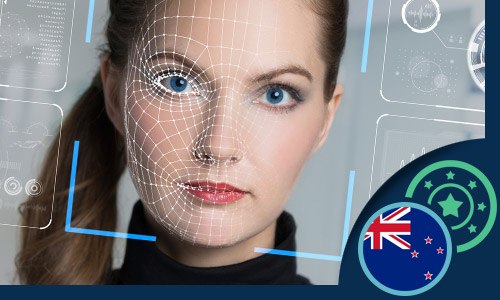 One industry that is increasingly relying on facial recognition technology is the casino industry. Gambling operators say that the ability to recognize, record and remember faces digitally is of immeasurable help in allowing them to combat criminal behavior, prevent problem gamblers and underage individuals from frequenting their venues and excluding individuals who try to cheat the casino.

The online casino industry could considering adding facial recognition technology to its security apparatus as well - but that's a futuristic idea.  At land-based casinos, it's real...today.

Facial recognition is a complex digital technology that allows for the identification of individuals based on specific characteristics of their faces. The technology itself isn’t new but experts claimed for years that there were too many flaws in the technology to make it viable.

However, advances in the technology have made the newest versions fairly accurate and reliable. Many Vegas casinos are using facial recognition technology and now casinos in New Zealand are adopting  it. The NZ media reports that some casino operators in the country are working in partnership with DataWorks Plus, a U.S.-based company, to introduce the system into NZ casinos.

SkyCity Entertainment Group is one of the largest casino operators in New Zealand. SkyCity has already begun to use facial recognition technology in its Auckland, Queenstown and Hamilton casinos which follow the technology’s SkyCity debut in the SkyCity Adelaide casino in Australia.

The system, which was designed by Torutek, a New Zealand company, went live in November 2019 and SkyCity spokespeople emphasize the technology’s usefulness in security issues and in helping the casinos block problem gamblers from accessing the gaming floors.

SkyCity Adelaide reports that the ability to recognize faces allows casino staff to identify even individuals to try to disguise themselves with such devices as sunglasses and hats.

The technology works via cameras which record visitors’ faces when they enter the casino.  A special algorithm compares those faces to faces in a database. The casino believes that it will be especially useful in preventing barred and self-excluded gamblers from entering the casino.

Macau casinos have been using facial recognition technology for several years for security purposes. Macau casinos are especially adept at pairing facial recognition with artificial intelligence to track customer behavior and profile customers -- they track the amount of time that patrons spend at the casino which allows them to identify “preferred” gamers and treat the gamer accordingly (giving “preferred” gamers perks such as free drinks and hotel accommodations to keep them on the casino floor as much as possible).

No one questions whether facial recognition technology is valuable. It’s useful to block problem gamblers and to provide better casino security. The question is whether using such enhanced surveillance apparatus to profile customers limits personal freedoms.  Some observers have also questioned its efficiency after a trial by the London Metropolitan Police Department indicated that the system had a success rate of only 19 percent.

Facial recognition is being applied in many casinos to combat problems that include problem gambling, underage gambling and prevention of criminal activities. The casinos that are using facial recognition point out that anyone can enter the premises and play without going through human interaction.

Facial recognition technology is helpful in that it can be used to determine whether the person entering is underage, someone who has been barred from the casino or has self-excluded themselves or a known criminal. Once the system says that the customer is, potentially, someone who shouldn’t be in the casino, a staff member can then check them in person.

Advocates for the use of facial technology in the casino world say that such technology could enhance the casino industry’s reputation by helping it to lower the number of underage players who are playing in casinos illegally and get a better hold on problem gamblers. (Most of the new online casinos already use advanced technology to identify underage or problem gambler patterns).

Even though the possibilities that facial recognition technology presents are too extensive and encompassing to ignore, issues of personal privacy cannot be discarded. The EU is prioritizing such concerns over the technology’s positive contributions.

One way or another, the cat is out of the bag and everyone agrees that it will never go back in.  For the casino industry in particular, the boost to safety and security cannot be ignored. In some ways, facial recognition technology is a gamble for the casinos as well.  In other ways, it offers the best protection possible for both players and operators.