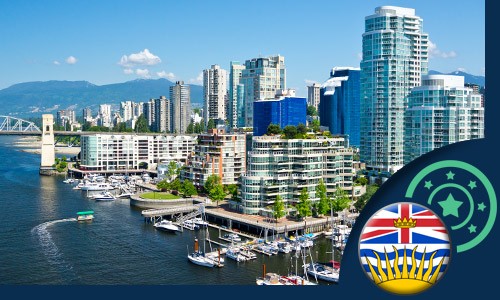 British Columbia’s casinos are preparing for tougher scrutiny as the BC government splits the operational side of the province's gambling monopoly from its operational side. The BC regulator has been reviewing steps taken by the online casino South Africa to control money laundering issues at casino sites.

Following bombshell reports that detail how BC casinos allowed money launderers to "clean" money through VIP services, BC Attorney General David Eby has announced plans to clamp down on the British Columbia Lottery Corporation (BCLC).  Eby will establish the Independent Gambling Control Office (IGCO) that will take the power of enforcing gambling laws and policies out of the hands of the province-linked Gaming Policy & Enforcement Branch (GPEB)  and put it under the authority of an independent body

Casinos have become favored spots for money launderers to clean cash that has been obtained illicitly.  Casinos around the world have been tightening controls as criminal gangs, many of them from Asia, send high rolling gamblers to luxury casinos where they exchange large amounts of money for chips and then pull out winnings in "clean" cash. Some of the money arrives in cash while other funds flow through bank drafts and other digital transaction sites but the result is the same….the gamer claims his winnings in laundered bills.

Reports estimate that over the last 6 years, nearly $2 billion in dirty money was "washed" in BC casinos. The money flowed through BCLC VIP accounts, much of it coming from loan sharks and criminal bank drafts. Some of it was transferred through the casinos' high-limit cash cages while other funds came through B.C. Lottery Corp. “patron gaming fund” accounts. Most of the cash was in $20 bills, the currency favored by drug lords in B.C.’s illegal drug trade. The system allowed criminals to exploit Canadian banks, businesses and money services.

Since 2013 B.C. police and Gaming Enforcement Branch investigators had been complaining about gamblers from China who were flooding the casinos with suspicious cash. The government only started to crack down at the end of 2018 when news reports came out describing the extent of the transactions.

The BC Casinos were enjoying massive amounts of income from these questionable sources. Documents and gaming investigators say these Lottery Corp. patrons included a rotating cast of about 50 high-rollers who could be found in the casinos at any given time. They would gamble for several weeks before they returned to China and could often be found betting millions of dollars per night.

In 2017 the Gaming Enforcement Branch sent around an internal memo that revealed how regulators believed that the money launderers were  able to pass so much money through BC casinos and other assets, including BC real estate. They included placement (getting dirty cash into the legitimate economy), integration (investing cleaned money in large assets)  and layering (making complicated transactions to obscure dirty money trails). Small bills were given to casino loan sharks who would lend the cash. In return the loan sharks received legal title to luxury vehicles or real estate to clean assets which were then passed back to the loaners.

The Chinese gangs used local cash to skirt Chinese government prohibitions on exporting large funds from China to Canada. Once the funds were placed in BC casino accounts gamblers could withdraw their cash at will via gambling activities.

The provincial government has finally realized that the task of overseeing the casinos and their role in the money laundering is beyond the capabilities of the GPEB.  The GPEB was responsible for advising the provincial officials on gaming-related matters while establishing and policing gaming rules. Since the BCLC is a major contributor to the province's budget (over US $1.07 billion in fiscal 2018-2019), the GPEB found itself in a paradoxical situation since if it were to exert  too much control over the BCLC, it would negatively impact on the government's budget.

Peter German, author of the original report on the money laundering scandal, was the one that pointed out the paradox of putting the GPEB in such a position. German recommended that the government establish an independent regulator  who had no ties to the provincial government. That regulator, German said, should have “the power to enforce regulations against the most significant entity in B.C.’s gaming environment.”

Observers are taking a wait-and-see attitude over whether the IGCO will be more effective in reining in the casinos.