New Gambling Venues to Open in the Northeast

New Gambling Locations to Open in the Northeast 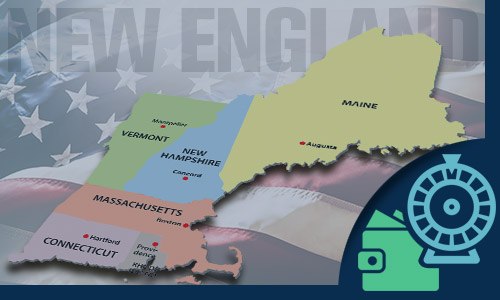 Land-based and online casino entertainment is expanding around the United States but the fastest rate of growth seems to be in the Northeast. New Jersey is leading the explosion in gambling growth with new sports betting and online betting options. Connecticut and New Hampshire are also expanding wagering options for state residents and visitors.

Connecticut’s newest planned casino was in doubt until last week when the federal government abruptly dropped its opposition to the Mashantucket Pequot and Mohegan tribes’ joint venture casino project, which the tribes plan to build in East Windsor.

The US Department of the Interior (DOI) announced that, in contradiction to the Bureau of Indian Affairs (BIA)’s previous opposition to the new casino, it was now approving a revised gaming compact between the Connecticut state government and the Mashantucket Pequot tribe.

The DOI’s notice didn’t offer any rationale for the Fed's sudden change of heart but the DOI and the BIA have been under fire for the past several months after their stall tactics that made it impossible to move forward with the project were questioned. Suspicions were raised that former Secretary of the Interior Ryan Zinke was barring the project. It was believed that Zinke wanted to give an advantage to another casino that was being planned by MGM Resorts in Springfield, just across the border in Massachusetts.

The Mohegan tribe has an active gaming compact with the State of Connecticut, which, as a tribal gaming operator, it is required to do in order to operate a tribal casino. The Mashantucket Pequot tribe does not yet have an amended compact but in order for the two tribes to jointly run a casino, both tribes must have an active compact with the state.

The proposed casino, “Tribal Winds”, became controversial when federal officials started to stall on approving the Mashantucket Pequot compact that the tribe created with the state. The DOI stated that it had no problem with the compact but DOI officials refused to approve or reject the compact so the tribe couldn’t move forward with its plans to participate in the development of the new casino. With those plans in limbo, the tribes, together with the state of Connecticut, sued the DOI.

In the suit, the tribes alleged that Secretary of the Interior Ron Zinke was favoring the MGM Resorts casino development in nearby Springfield Massachusetts. Publicly, MGM has objected to the Connecticut Mohegan/Mashantucket Pequot casino based on the fact that the tribes received the go-ahead to build the state’s third casino without having participated in a public tender.

Zinke was suspected of being behind the tribes’ casino troubles. In addition, federal investigators had cause to believe that he lied to them during the course of their investigation. Zinke was forced to resign his position at the DOI due to the allegations and is presently under investigation.

Mashantucket chairman Rodney Butler was pleased with last week’s DOI announcement. He called the victory a “great day” for the Mashantucket Pequot tribe and expressed gratitude to DOI officials who supported the tribe’s efforts to join with the Mohegan tribe in building a casino. Butler said construction on Tribal Winds will now get underway. The project is expected to cost $300m-$400 million.

MGM says that it’s still interested in building a casino in Bridgeport. A casino spokesperson said that the gaming operator would “continue to pursue all legal options, including litigation, to defend our right to compete in Connecticut.”

If MGM gets permission to build a casino in Bridgeport, it would be the state’s fourth casino. MGM wants to pursue the project even though the state is noncommittal.

After last week’s DOI announcement that OK’d the Mashantucket Pequot/Mohegan casino development, MGM released a statement that said “MGM remains steadfast in our view that Bridgeport is the best location in Connecticut for a commercial casino if the state is to maximize jobs, economic growth, tourism, and revenue - and a transparent, competitive process is in the state’s best interest.”

MGM must contend with the state compact with the two tribes that promises that the tribes have exclusive rights to operate Connecticut casinos in exchange for 25 percent of slot revenue. MGM promised 35 percent from all games in its attempt to get its Bridgeport plans off the ground but, so far, no go.

MGM isn’t leaving the Northeast any time soon though. Earlier this year, they acquired the Yonkers Empire City casino to get a foot in the lucrative New York market. Presently Empire City doesn’t offer table games but in the future, it might.

In a surprise vote, the New Hampshire Senate voted to allow licenses for 2 casinos to be granted to casino operators in the state. This follows the New Hampshire House’s vote to allow up to 10 sports betting facilities to operate in NH.

New Hampshire has not been one of the states that gambling observers expected to legislate casino gambling this year but perennial gambling backer Lou D'Allesandro was able to convince his colleagues to give this plan a chance.

"Vote this bill ought to pass, send it to the House, the third largest legislative body in the English-speaking world, which by the way overwhelmingly, passed sports betting, overwhelmingly, and let them make the decision," said D'Allesandro, a Democrat from Manchester.

The casinos are projected to net the more than $100 million in taxes and state $60 million in licensing fees a year.

The House has never voted for a bill to allow full-fledged casinos but it did pass sports betting that is also backed by Governor Chris Sununu.