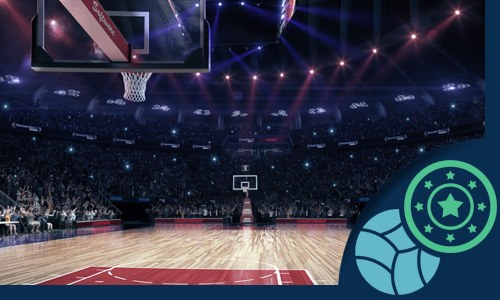 The National Basketball Association, which brought some of its biggest names to Africa for series of games, has announced a new betting agreement with MGM Resorts International. It's the first time a major American sport has aligned with a betting company.

The agreement allows the casinos that belong to the MGM chain to use the NBA logo, official names, and statistics. The logo. along with the stats, will also be allowed to be used for digital offerings the casino may have.

In its announcement of the deal, the NBA said the league and the hotel casino chain would collaborate on a variety of ventures, including "a special digital content series." Can online casino games featuring images of its players be far away? How about a slots game with clips of famous plays through NBA history showing up when certain winning combinations of symbols appear.

Last year, the US saw a change in the laws governing gambling. Previously, only a few states had legalized gambling, including Nevada and New Jersey. Following the reversal of a court ruling barring legal betting, sports leagues across the US have been looking at ways to exploit the change.

The NBA deal with MGM was reportedly worth $25 million over a period of three years.

Meanwhile, the NBA has moved forward in another direction it has been developing in recent years. For the second time in a row and third time in four years, NBA stars have played a series of games in Africa.

The NBA has always had a number of star players from Africa, including Hakeem Olajuwon, who won two NBA championships and had the honor of being selected first in the same college draft as Michael Jordan. Other stars from Africa have included Manute Bol and Dikembe Mutombo.

The numbers of players in the league with African origins, however, have never been higher. There are enough to field a complete team capable of competing with a group of NBA players from other parts of the world.

One of the NBA's biggest stars, an All-Star in his second year in the league is Joel Embiid from Cameroon. He was joined by Luol Deng and other players all born in Africa or have strong family connections to the continent.

In addition to the games, NBA players take part in a basketball camp for African young players to help them advance another step in their games. A major part of the program is talent development in Africa because of so many promising players.

NBA is the League to Watch

With the twin projects - the gambling deal and the new emphasis on developing talent in Africa and showcasing its current talent to fans across the continent - the NBA demonstrates that the league will go where other professional sports leagues have not even considered.

The gambling deal is the more controversial of the two recent moves. People may feel that the league is hurting its integrity or harming its outreach to children by allowing its image to be associated with the casino chain. On the other hand, the move proves that people want to make the games more exciting by putting a financial stake on the games.

The outreach to Africa, in contrast, is not controversial at all. It is a smart way to promote high quality basketball competition in Africa, but also to scout potential players and see how the talent stacks up with players from eastern Europe, who have a strong representation in the NBA.

The area that's showing the most growth, however, is the number of players with ties to Africa, and the high level of play many of these players are showing. Bringing top talent demonstrates to Africa that the NBA respects the players and the youth development taking place and wants to bring the continent clearly into its own orbit.