NBA Coming Back to South Africa 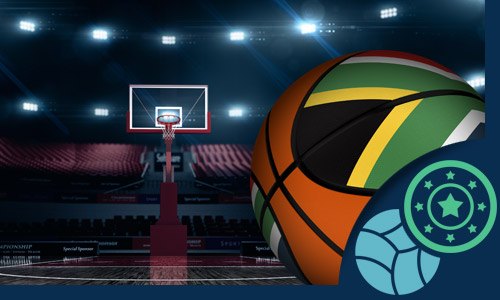 NBA basketball is coming back to South Africa after the successful outings in 2015 and 2017. The ongoing investment in building its name in Africa is a testament to the growth of interest in the NBA across all of Africa as well as the powerful contribution players from Africa, most notably NBA All-Star Joel Embiid of the Philadelphia Seventy-Sixers, who was born on Cameroon.

NBA stars will play an exhibition game in Pretoria in August that will pit the World Team against the Africa Team. Embiid will head the Africa team along with fellow big man Bismack Biyombo from the Republic of Congo and Al-Farouq Aminu, whose parents come from Nigeria.

The World team will be headlined by Demar Derozen, one of the top scorers in the NBA and feature stars such as Rudy Gay and Harrison Barnes.

Considerations for the Online Casino

Although there is no link between the US-based basketball league's ongoing outreach to Africa and the recent court ruling striking down bans on sports betting, the game may prove relevant to the online casino.

As interest in the game grows to a high point, all NBA related entertainment will get a boost. That includes the NBA's video games simulating real basketball games, other basketball games online, and of course, basketball-linked slots games and other games in online casinos, such as our very own, Thunderbolt.

For those who prefer to bet on games of pure change rather than try to evaluate the skill level of each player and try to predict which teach will outplay the other, the online casino could really hit the spot amid the rising chatter about all things basketball.

The fact that the NBA played to sold out crowds in both of the previous games, and that the game is taking place two years in a row instead of the two years between the first and second game indicate that organizers from both sides expect an enthusiastic audience. This, the game will take place in the biggest stadium yet, an expression of confidence of the game's popularity.

The NBA has long had a strong African representation inside its own league, with two NBA Hall of Famers in Hakeem Olajuwan and Dikembe Mutombo. Today, the league has instituted programs to develop talent inside Africa as well.

Embiid is perhaps the greatest success of the NBA's Basketball Without Borders Africa project, having participated as a camper developing his skills, then last year as a coach to other African teens looking to the NBA with longing. This year, he's playing for Team Africa as the star of the team.

At the same time, the NBA players will also serve as ambassadors for both the US and the NBA, helping to develop the image of the NBA as a possible destination to the best and brightest basketball talents on the continent.

The more interest the game draws the most likely the NBA will be to return as often as possible. The popularity would also help the NBA sell more merchandise, thereby improving its own brand while increasing revenue.

While sports betting is not the same as placing bets at the online casino, the two forms of gambling share much of the same appeal. In both cases, something that is out of our hands become more interesting because we have a stake in how it comes out.

It's true for sports, as games that previously had no significance suddenly become completely gripping as every play in the game has an impact on whether you win or lose.

Of course, it's even more true in the online casino, where the games are almost entirely based on chance rather than skill or observation. But as any casino fan would quickly point out, even games of chance help build a form of intuition.