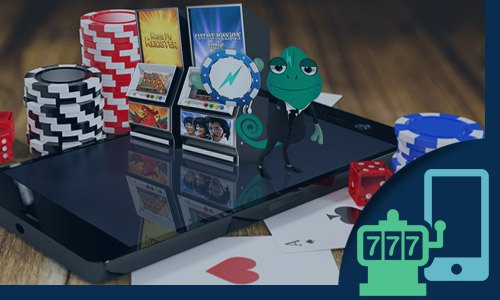 Online casino games are growing dramatically over recent years in South Africa, and some speculate that the increased number of people with Internet-enabled phones is one of the main factors behind the growth. The mobile casino makes it possible to play high quality casino games anywhere and anytime and the access is proving to be a boon for SA casinos.

According to a recent report, the online gambling market for South Africa reached a total of 26 million rand in 2016, and grew to 28 million rand the following year. Expects expect similar rates of growth the continue for the next few years, independent of other economic trends. The growth forecast proves that South Africa is a stable new market for the online casino, with new people turning their attention the online gambling for the first time.

The growth largely mirrors the increase in available and affordable internet-accessible phones and a general rise in access to technology. Phones need nothing more than access to the Internet to allow people to play casino games for real money from remote locations.

Advantage of the Mobile Casino

Ever since the creation of the mobile casino, there has been a debate over which format - desktop or mobile - gives players the better overall playing experience when it comes to the online casino. Proponents of the desktop model cite the larger number of games, the bigger screen, and the general ease of use of desktop computers, which have larger keypads and a mouse to control the action better.

People who love mobile casino games say that the ability to play anywhere and anytime satisfies one of the greatest challenges they face as people who love to risk real money for the chance to win some. They cite times that when they feel so luck and so sure they will win, of only they can play. Sometimes, something happens that indicates that their luck is in rare form and they are dying to take advantage of it.

In the old days, even with the convenience of being able to play at home without having to travel to a real casino, people were limited to playing only when they are home. But most of the action took place during the day. They would still be unable to take advantage of "luck" that coursed through them during the course of the day.

Now, with mobile casino games, they can. They can pull out their phone whenever they have time in their day and test their luck. It can be done almost instantly.

Where there are still more games in the online casino for desktop computers, the gap is not as wide as it used to be. All of the most popular games are available in versions optimized for the mobile phone in a wide range of platforms.

In addition, the mobile casino is not simply for those who have a sudden craving to play because they feel particularly lucky. It is a fully equipped online casino that offers hundreds of options, all optimized for their particular phones. Some people prefer to play in places other than their homes. Some like to play in coffee shops, where they can feel the flow of people moving around them. Others prefer to play near a body of water because of the relaxing effects of the water.

The options are endless, so it's no wonder that the people of South Africa are slowly voting with their time and their wallets to support the online casino. It is a line into a dazzling new experience for many people.

And it's likely that the forecasters of growth are right. The casino will keep growing because people simply love to play games of chance for real money.