Meet the Zeitz-Museum of Contemporary Art Africa in Cape Town 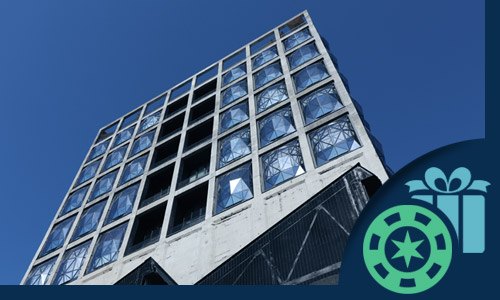 Despite the ongoing water crisis, Cape Town is one of the best places to visit during a South African holiday.  The city has a number of land based casinos for your gaming pleasure but we recommend you spend your casino gaming time at our online casino and spend the rest of your time exploring Cape Town.

The Spirit of Africa

In this article we’ll introduce you to the Zeitz Museum of Contemporary Art Africa (MOCAA).  This grand museum opened just a few months ago in the heart of Cape Town.  It is the largest museum of contemporary art in Africa.

Many visitors to South Africa are somewhat familiar with African art from the vast past.  Art museums in many places around the world have either permanent or temporary exhibitions of ancient African art.  Contemporary African art is often discounted in favour of the older pieces of art.  The MOCAA goes a long way to remedy this unfortunate oversight.

As a gaming site that serves South Africa especially we are happy to be able to present this short overview of one of the world’s foremost museums of contemporary art.

Contemporary in Every Way

Even before you step into the museum, you’ll be well aware of the museum’s orientation to modern contemporary art.  The architecture is steel and glass, totally different than the heavy stone structures that contain classical art works such as the renowned museums in London, Paris, New York, and Chicago.  But the steel and glass structure has none of the coldness we are familiar with in so many modern skyscrapers; this is elegant, warm, inviting architecture using wholly contemporary materials.

The entrance atrium features the 2011 sculpture, Iimpundulu Zonke Ziandelandela which translates as “All the Lighting Birds are After Me” by the famed African artist Nicholas Hlobo.  The sculpture is based on a Xhosa myth that considers birds to be a kind of vampire, evil in its essence.  In the myth, only tribal shamans know how to use birds for their evil desires.  The sculpture has ribbons on the wings and a pink light shines on it.  The sounds of birds permanently fill the atrium.

MOCAA stands nine stories tall with 100 galleries featuring the top contemporary African artists such as Edson Chagas, Athi-Patra Ruga, and Chris Ofli.  The museum features works in every art form from the classic sculpture to the hyper-modern video art form.

Rehabilitation of African Art and of the Waterfront

The museum is located on the waterfront in the burgeoning artist’s neighborhood.  The complex includes a hotel, restaurants, and an educational centre.

A slow tour of the museum can cover only a small fraction of its contents.  At every turn and from every vantage point, the view is of modernistic angles and curves.  Nothing in the museum looks like it came from a century before the 20th.

The museum is located on the Albert and Victoria Waterfront which thirty years ago was an unused, eyesore along the water containing old grain silos that had themselves been built atop coal storage facilities.  The coal had once been used to fuel ships and the silos had once held grain but thirty years ago the entire area was in a horrific state of disrepair.  The waterfront renovation is not yet complete, yet the area attracts 100,000 tourists and local visitors every day.

Clearly, a great deal of expert rehabilitation has already taken place there with much more to come.

A movement to restore the area began and MOCAA is the latest great effort toward that end.  The museum is both contemporary in its architecture but also retains the grain silos as reminders of the area’s past and the distance it has come in only thirty years.

Looking Toward the New Century

The intention of the museum is to feature 21st century African art.  As the century progresses inexorably, African artists will produce word class art work deserving of exhibition in Cape Town.  Chief curator, Mark Coetzee, says that the museum provides “a platform for Africans to tell their own story.”  Tellingly, he also said that, “the museum is geographically situated in Cape Town but has a dialogue with all 54 African states.”  Mr. Coetzee also sees the museum as being in the forefront of the much-needed reorientation of the world’s image of Africa from the cliché of Africa as a backward landmass to the vibrant creative one it is in fact.

In future the museum will also feature a Costume Institute, a centre for Curatorial Excellence, and a Centre for Art Education.  The museum has been criticized because the chief curator is white.  Perhaps a graduate of the Center for Curatorial Excellence will someday be the museum’s first black African chief curator.  The criticism extends to the primary patron Mr. Zeitz, a white German, and the chief architect, a white man from Great Britain.

None of these criticisms can be undone but the museum stands as a monument to the dynamism of black Africa at a time when all black African youth need to see themselves as fully part of world culture in every way, not just in sports.  MOCAA will showcase African art for many generations, long after the skin colour of the patron, architect, and curator have been forgotten.

Access is easy through public transport.  There is a pedestrian walkway that connects the museum to the rest of the city.

The establishment of the Zeitz-MOCAA reminds us all of the vast expanse of artistic expression.  In our small way, we provide highly artistic entertainment in the form of contemporary slots and other games for gaming pleasure.  The museum will surely inspire us to seek out the most creative casino games!