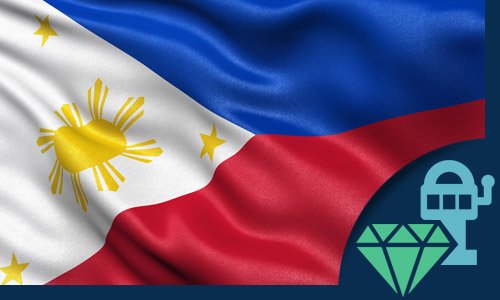 Manila is trying to come to terms with the proper place of offshore casino online games operations in the country as abuses of Chinese workers comes to light, violence increases and relations with China suffer.

“POGOs” is the term used to refer to Philippine Offshore Gaming Operators which are scattered around Manila, in cheap rented offices, converted parking lots or abandoned malls. These POGOs operate casino online games platforms that offer offshore gambling (online casinos) to gamers around the world.

The Philippine government has allowed these POGOs to operate with relative freedom over the last three years, mostly due to the benefits from the tax revenue and jobs that the POGOs bring. But now, Philippine lawmakers and police officials are starting to ask whether these operators are causing more problems than they are solving.

The Philippine offshore gaming operators include more than 100,000 Chinese nationals who draw their countrymen into the casinos. Online gambling is illegal in China but it’s a popular pastime and millions of Chinese citizens play on the black market or at offshore online casinos on a regular basis. In the Philippines, the industry employs Chinese expats who work as live dealers for live-streaming platforms and act as support personnel for gamers in China who want to play casino games online. These

The POGOs provide online gaming platforms that allow players, especially players in China, to gamble remotely. The gamer signs up, chooses his game and the game is then played via a livestream in another jurisdiction.  Brendan Bussmann of the Global Market Advisors explains that POGOs offer games that are dictated by Asian tastes, "where most of the demand comes from." Bussmann’s firm is a Vegas-based consulting firm that specializes in sports, gaming, hospitality and entertainment industries. "There is a lot of baccarat, as well as some sic bo (a Chinese dice game) and blackjack," said Bussmann. The amounts wagered tend to be low, in the range of $5 to $100.”

Manila has become the worldwide center for online gaming, overtaking the former hotspots of Malta, Curacao and the Isle of Man. Ben Lee, founder of the IGamiX Macao-based consultancy firm  which focuses on the gaming industry in Asia, explains that "The Philippines pioneered online casinos in the early 2000s, when Cagayan, a province to the north of the country, started awarding licenses to a handful of operators. But they really took off in 2016, when President Rodrigo Duterte came into office."

After Duterte gave the Philippine Amusement and Gaming Corporation (PAGCOR), a government entity that operates casinos and regulates the industry, the rights to issue offshore gambling licenses PAGCOR started to put a lot of resources into developing the industry. It awarded dozens of licenses and Chinese businessmen began to get involved. The number of POGOs mushroomed. Currently there are 60 licensed offshore gaming firms operating in the Philippines and the industry also includes hundreds of service providers who build and maintain the infrastructure behind the gaming platforms. The service providers often serve as intermediaries between the operators and their customers. They rent video feeds from the officially licensed operators and place their own visual identity, including their logo, onto the site.

Lee said that the vast majority of POGO customers gamble from China. Yet Chinese law prohibits any form of gambling by its citizens so the POGOs operate illegally in China. POGO operators basically ignore the Philippine laws that ban offshore casinos from marketing their services in a country where gambling is illegal.  PAGCOR claims that there are regulations that aim to curtail this activity but many observers note that there is no enforcement of those rules.

Last year, Chinese president Xi Jinping made a formal request to the Philippine president Rodrigo Duterte to shut the POGOs down. Jingping had successfully lobbied Cambodia to do the same but Duterte refused Jinping’s request, based on his feeling that the casinos were beneficial to his country.  "We decide to benefit the interest of my country," Duterte said. "I decide that we need it." The government did close the POGOs in March of this year due to the COVID-19 pandemic closures. In May, Duterte allowed essential business to reopen and he included the POGOs in that category.

Part of the problem comes from trying to manage the cross-border flow of money, which becomes complicated. In China, individual can only send up to $50,000 out of the country every year and it’s illegal to use it for gambling purposes. But that doesn’t mean that it doesn’t happen.

According to lee, Chinese citizens manage to facilitate the transfers by wiring the money electronically, using services such as WeChat Pay and Alipay. The purchases are disguised as simple retail purchases.  Cybercurrencies such as bitcoin are also being used increasingly by Chinese gamblers who want to avoid detection.

The Chinese government has put pressure on Tencent, a conglomerate that owns messaging service WeChat, to set up a risk management team to combat the illegal transfers by monitoring payments made via the app. But to date, those measures haven’t been effective.

Chinese Workers in the Philippines

In addition, recent events involving the POGOs are concerning the Philippine National Police.

Manila has already expelled hundreds of Chinese nationals who were working in the online gaming industry illegally, as well as those who were in involved in cyber crimes in the Palawan province.

Most of the Chinese nationals who come to the Philippines to work in the casino industry are attracted by the promise of jobs. Observers say that they’re mostly people in their 20s with few job prospects in their home country. They are crammed into small rooms, work 12-hour days with one day off a month and their employers confiscate their passports to make it harder for them to go to the authorities.

Their work consists of approaching prospective customers through social media chat groups where they try to convince the “mark” to try online gaming. The POGO worker keeps contact with his “mark” and, as the mark becomes more and more involved in gambling activities, works to convince the individual to wager higher amounts of money.

A PAGCOR spokesperson said that the authority is aware that POGOs employ these foreign nationals as customer service representatives to "invite players and attend to their needs and concerns….But we can't categorically say they are based in China or are targeting players in China," she added. "They might be catering to Mandarin speaking people in other countries."

The Philippine government may be aware that there are irregularities in the way that the POGOs operate using Chinese workers but the government recognizes that these gaming operators have been a boon to the country’s economy and they want to keep the money flowing.

The POGOs are creating jobs and driving up wages. Observers believe that over one hundred thousand Filipinos are working for POGOs. The POGOs also pay massive tax bills – in 2018, online casinos paid $145 million in regulatory and licensing fees and close to $500 million per year in taxes from POGO employees. The Philippine Bureau of Internal Revenue estimates that those taxes are significantly below the true amount that the POGOs owe and believes that it can collect an additional $1 billion in unpaid taxes.

There are concerns as well. Local and national government agencies are worried about the local real estate market in the Philippines. Lucio Blanco Pitlo III, an executive with the Asia-Pacific Pathways to Progress Foundation which was set up to foster development and cultural understanding between the Philippines and the Asia Pacific through economic development said, "They took up more than 1 million square meters (10.8 million square feet) in office space last year, making them the largest tenant in the country, even outstripping the call center industry." POGO operators rent entire residential compounds to house their workers and rents are spiraling out of control. "Middle class families are being priced out," said Pitlo.

The most worrisome fallout from the POGOs, at least from the perspective of Philippine security services, is the rise in kidnappings. Elmer Cereno, a spokesman for the Philippine National Police-Anti Kidnapping Group described the scene. "In their free time, their Chinese employees often gamble at the casinos and end up in debt. They are then approached by loan sharks who offer to lend them money.” When the Chinese nationals fail to pay back the loans, the loan sharks kidnap them with the goal of ransoming the hostages for money that they collect from the relatives back home.

Over the years the instances of kidnappings seemed to be on the rise but in recent months it has become something of a wave. Over the course of a year and a half, between January 2017 and October 2019, Philippine police were brought in to deal with 65 cases of kidnap-for-ransom involving casino customers and/or POGO workers. 132 people were arrested. Cereno said that  "Almost all the victims and perpetrators were Chinese nationals."

The Philippine government isn’t finding much backing from China which is furious that the POGOs continue to target Chinese citizens from Philippine shores. The Chinese embassy in Manila issued a statement that blames the Philippine policy of allowing the POGOs to operate as the reason for the lawlessness.

The POGOs, the embassy said, are causing serious problems in China where access to online gambling is leading to an increase in social problems and criminal behavior. The embassy statement said that "hundreds of millions of Chinese yuan" of gambling-related currency transactions were entering the Philippines from illegal Chinese transactions and that "some gambling crimes and telecom frauds are closely connected." China hopes, the embassy statement said,  that Manila will "ban all online gambling.”

To answer some of China's concerns, Manila imposed  a moratorium on granting new operator licenses but it has not banned the gaming platforms. But Manila is, in fact, concerned about the industry. Officials suggest that the influx of Chinese workers could open the door to opportunities for China to spy which would pose a risk to national security needs.

A new bill to ban POGOs has been introduced to the Philippines legislature. The bill points out that the operations pose a source of corruption and a social menace. In the meantime, the country has built two “self-contained" hubs for online casinos and their workers. The hubs are located in Clark and in Cavite City and Clark. A PAGCOR spokesperson explained that "These hubs will allow POGO workers to carry out their work, live and spend their leisure time under a single roof. It will also increase their safety, as law enforcement agencies will have a presence there." The spokesperson said that the hubs will also further enable government agencies, including the Bureau of Internal Revenue, to better monitor the POGOs and make sure they pay taxes according to the law, stay away from Manila casinos, etc.

The compromises aren’t making China happy but, Philippine ambassador to China Jose Santiago Sta. Romana said, "They (China) can't dictate on us. Those are sovereign decisions. That is where we stand."