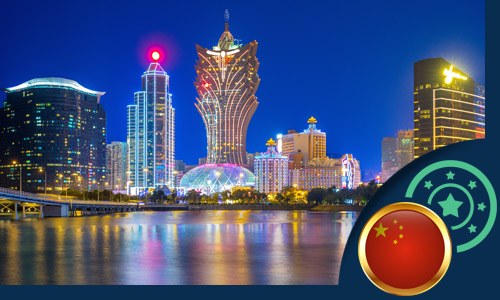 While the last year has not really affected our online casino South Africa, Thunderbolt, it has had an extreme effect on land casino operators.

After surviving the pandemic, Macau gaming operators are trying to decide how to cope with the impending launch of China’s new digital currency, the Digital Currency Electronic Payment. The eyuan is the digital form of China’s fiat money.

The DCEP could reshape Macau’s gambling industry because the junkets that bring Chinese gamblers to Macau would be devastated by the imposition of a traceable, government-linked currency that would deter Chinese gamers from traveling to Macau.

The concept of a sovereign digital currency has been a pet project of the Chinese government since 2014. The project has been moving forward for 7 years and is now being piloted in a number of locations around the country. The success of ecommerce platforms like Tencent, Alibaba and Baidu prompted the government to pursue the idea of a digital currency which will allow it to more carefully track the flow of money in the country.

To date, a number of retail shops and restaurants in Shenzhen, Chengdu, the Xiongan zone near Beijing and Suzhou have begun using the digital yuan. Didi Chuxing, the Chinese Uber, is partnering with the central bank over the digital currency plan and in some cities, consumers are conducting transactions with the digital “red packets” which contain approximately $30USD in eyuan.

China is beginning testing in Hong Kong, a major offshore yuan center from where China can move forward in internationalizing the eyuan and it has begun international collaboration with counterparts in the United Arab Emirates for cross-border payments.

Once the government amends the laws that regulate a virtual legal tender, it will be able to roll out the digital currency on a national level. When it becomes fully operational, everyday banking activities will be able to be undertaken with a digital wallet. Consumers will download one of the authorized electronic wallet applications and link the app to a bank card. Via a cellphone they will be able conduct transfers via an ATM machine and make and receive digital yuan payments. Funds will be converted into digital cash.  Even without an internet connection, two users can simply touch their mobile devices together to make a transfer.

Macau, still struggling to regain its position after having revenue drop by $27 billion as a result of the pandemic, is eyeing China’s new digital currency warily. Some junkets, which organize travel to Macau for China’s high rolling gamblers, are already closing. They say that, combined with China’s stricter rules regarding high-stakes gambling, the imposition of the digital currency will end their businesses for good.

The Gaming Inspection and Coordination Bureau, Macau’s gaming regulator, has approached a number of casinos to discuss the feasibility of accepting digital yuan payments for the purchase of casino chips.  Buying chips is currently facilitated in Hong Kong dollars. The regulator denied the reports but many observers assume that it’s true since it’s no secret that the impending digital yuan is on everyone’s mind.

No decision has been taken but the fact that it’s being suggested is sending shock waves through the territory. Macau casinos need the junkets that arrange hotel stays and private jets for Chinese visitors. The junkets facilitate credit to Chinese gamblers who need loans to place bets at the casinos and convert the Chinese gamblers’ yuan into Hong Kong dollars all of which enables big bets. By taking away the junkets’ role as providers of credit. Without that, the junkets would dry up.

For Macau, the move to impose the digital eyuan could crush the territory’s casino industry. By imposing the digital currency China would be in a better position to monitor the cash that flows through the casinos. It would scare away the high rollers and close down the junkets.

The junkets are assessing their future. One of the biggest junkets, SunCity, partnered with a new casino project in Manila and raised its stake in a Russian casino. It is looking to accelerate its expansion outside of Macau. Smaller junket operators are simply closing up shop.

But Beijing sees the eyuan as a win-win proposition. It allows it to cut off the money laundering and shadow banking activity that threatens government control of the currency. Previous actions, such as banning underground banks and proxy betting and installing facial recognition technology at Macau ATMs have not achieved the desired results. This, the government believes, will do the trick.

The United States is also monitoring the situation. The expansion of the digital yuan has the potential to be used as a tool, in the future, to challenge the dollar’s dominance in the international financial system. China could gain more control of the U.S.’s $27 trillion domestic payments industry.

Everyone is watching and waiting. Zhou Jinquan, associate professor at the Centre of Gaming and Tourism Studies in Macau said, “If applied widely, the digital yuan will bring a significant hit to both VIP and mass segments.  It will breach customer privacy and restrict people’s betting amount to the potential conversion cap imposed on the digital yuan to foreign currencies.”

Some analysts, however, believe that the move would make Macau more attractive to middle class Chinese tourists whose spending might make up for the shortfall caused by the reduction in VIP gamers.

Macau isn’t yet out for the count.