Loving to Win vs. Hating to Lose

Hating to Lose vs. Loving to Win 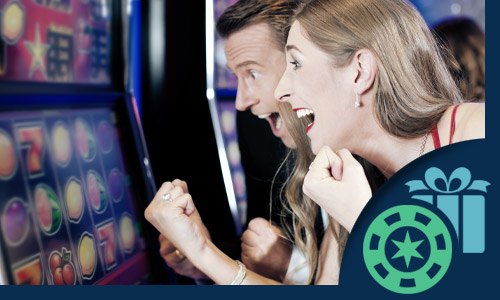 When it comes to the online casino, it's not unusual to find people who come just for the chance to win a little extra cash, whether it's a bit more money for a weekend away, cash for a gift for their significant other, or just a little bit more money to have on hand in case they get the itch to buy something.

For those people, there are generally two similar but distinct motivations that can be divided into two categories. There are those who love to win and those who hate to lose.

The people who love to win make one set of decisions and those who hate to lose make a different set of decisions. Those who love to win take more chances, go for the bigger payout, pay less attention to the odds, or actually prefer games and situations where the odds are against them more profoundly because the payoff is much bigger when it comes.

The people who have to lose are more conservative. They play it safe whenever they can. They tend to find a game and stick with it, and they look for ways to push the odds in their favor even if it means a smaller payout in the end.

The Psychology of Wanting to Win or Hating to Lose

It is clear that social scientists have made a distinction between the love of winning compared to the avoidance of losing. A study of investors in the stock market, which may be the closest parallel we will find to gambling, people who were afraid to lose exhibited characteristics that were often detrimental to themselves in the long run.

For example, when representatives of both approaches invested in stocks that were showing a profit, those who hated losing were more likely to sell early while the stocks were still going up. The assumption was that there was a point when it would plateau, and rather than wait for the stock to peak and start dropping, they would sell and take the profits, even if they were leaving money on the table.

On the other hand, studies of athletes have shown that those who hate to lose tend to fight harder to the bitter end than those who love to win. One of the greatest winners of all time, NBA basketball star Michael Jordan, was known for his competitive spirit and his absolute refusal to lose.

It would be interesting to run a study of players with different approaches and chart their fortunes at the the casino online over a period of a year. It's hard to predict which side will do better. One one hand, the ones who love to win put themselves in position for the biggest wins. But they still need a  great deal of luck for those wins to come, and they may never or rarely hit those bigger than usual wins.

Those who hate to lose would appear to have the advantage over a period of time. The more conservative approach, over time, would increase their odds for more small wins, which could add up over the span of a year. More winning games also means fewer losing games.

The question is how many bigger wins would the player who loves to win need to match the total of collected by the person who hates to lose. Does it balance out in the end, or are the higher odds too much of a hurdle, even over a long period of playing? Only truly experienced gamblers have played enough games over long enough periods to develop an intuitive feel for that question.

Otherwise, a social scientist with a penchant for the casino online would have to run a study that would stand up to rigorous academic standards.

Winning isn't Everything at the Casino Online

While there are many people to visit the casino online to try to earn extra cash, thee are also many for whom winning is secondary to the experience of playing. They love to win as much as anyone, but what they really love is the chance to win. They enjoy the uncertainty as much as the money, and they may be just as happy with a great playing session even if they wind up in the red.

Those are the people who tend to be the happiest players in the online casino.