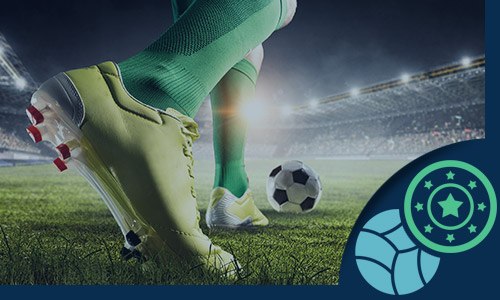 The Kenyan betting regulator has gotten its teeth into SportPesa online casino games provider and it’s not letting go. The gambling regulator has been looking at financial revelations that, they say, indicate financial irregularities within SportPesa, a gaming company that provides technology solutions for gaming market. Now, the BCLB says, SportsPesa is attempting to resume operations in Kenya by lending its brand to Milestone -- which also happens to be owned by the same Ronald Karauri who owns SportsPesa.

The Betting Control & Licensing Board (BCLB) is threatening to revoke Milestone Games’ Ltd’s license though their original ban was delayed by the Kenyan High Court. The BCLB wants to block Milestone’s use of the SportPesa Brand so that SportPesa won’t be able to continue their business, even under the Milestone name.

SportPesa is a sports betting and news technology brand. The company operates in Kenya, Nigeria, Tanzania and Kenya in Africa as well as in Italy, the UK, the Isle of Man and Ireland in Europe. SportPesa invests in the development of the local sports tournaments and leagues in Tanzania and in Kenya with the goal of building international and local partnerships. The partnerships are primarily for football (soccer) but also include boxing, motorsports, golf, kabaddi and boxing. SportPesa sponsors tournaments that involve local players and then promotes those players to top-flight teams.

On October 30 the BCLB issued an order prohibiting SportsPesa/Milestone from accepting wagers in Kenya but in late November the High Court issued an order that stated that SportsPesa could continue operations until the case is heard in court. A January 25 2021 court date was set.

The controversy started when the Kenyan Revenue Authority’s plan to impose a 20% tax on bettors’ wins was instituted. SportPesa was one of dozens of Kenyan betting operators who were hit with a $1.5 million judgment in back-tax withholdings on bettors’ sports betting winnings.

As with other operators, SportsPesa’s license was suspended due. The Kenyan Revenue Authority claimed that the tax applied to the bettor’s original stake and not just to the winnings. Along with the sports betting operator Betin, SportPesa, which is Kenya’s second largest sports betting operator, shut their Kenyan operations. President Uhuru Kenyatta agreed to take the 20% turnover tax out of the 2020 Finance Bill but after the treasury secretary said that the tax would be re-imposed, many operators, including Sportbets, chose to  leave the market.

As part of the Kenyan government’s demand that SportsPesa pay the money owed, the authority launched an investigation into SportPesa’s finances. The report concluded that SportPesa’s corporate structure had allowed it to evade additional Kenyan tax obligations  by shifting Kenyan profits to a UK subsidiary. Then, said the investigators, SportPesa was able to reduce the taxes that it pays to the UK thanks to the Kenya/UK ‘double taxation’ treaty.

SportsPesa’s position in Kenya will be decided by the court. High Court Justice Pauline Nyamweya scheduled a hearing for January 21st 2021. IN the meantime, the High Court ruled that SportPesa can accept wagers from Kenyan bettors via its ke.SportPesa.com domain and its associated Android and iOS apps. The official Kenya SportPesa Twitter account is advising new clients on how to open a new account, make deposits and place bets. Bettors who used SportPesa before the company ceased doing business in Kenya in can now reactivate their old accounts.

The question about how winnings and bets should be taxed in Kenya continues to be confusing. The government imposed the 20% tax and then declared that it included a tax on “winnings” including the repayment of the bettor’s original state. Both operators and bettors objected to taxes being levied on betting turnover.  Those operators who continued to accept bets were forced to agree to use the government’s definition of the tax.

Many critics say that the government itself is sending mixed signals. The back-and-forth between the BCLB, the courts and Kenyatta himself is sowing confusion all around.

Instead of waiting for the January 25th hearing, the BCLB has decided to take the initiative by summoning Milestone Director Wilson Ngatia Karungaru and exec Bernard Chauro Matoke to discuss Milestone’s encouragement to visit the new SportsPesa site.

BCLB Chair Cyrus Maina  plans to grill the Milestone officers on the question of exactly who owns Milestone. In the letter summoning the two men, Maina wrote that Milestone’s license was issued to James Muigai Ngengi but Muigai is no longer a shareholder of Milestone. After the license was issued, on October 22nd, Milestone added Selenium Ltd, a Karauri-owned firm, to its list of shareholders.

Maina wants to know why Milestone failed to inform the regulator of these ownership changes. According to Maina, its ability to conduct proper due diligence was compromised by this failure and represents “a material breach of the applicable requirements for which [Milestone’s] license may be cancelled or varied.”

There has been no change on the SportPesa website or at their official Twitter feed where information about how bettors can register and place bets continues to be given.

The government is dealing with gambling income in other ways as too. The Kenya National Assembly Committee on Sports, Culture and Tourism has rejected an attempt by the Interior Ministry to minimize money laundering by seizing cash in dormant betting accounts.

The Ministry’s proposal was rejected by the Committee which noted that it would interfere with the activities of Kenya’s Unclaimed Financial Assets Authority (UFAA).

The Committee did, however, accept a Ministry proposal to double the minimum betting stake in Kenya to Ksh100. The goal of the proposal was to deter impoverished Kenyans from placing bets as low a Ksh5. The Committee sees the Ksh100 minimum as a way to “promote responsible gambling.”