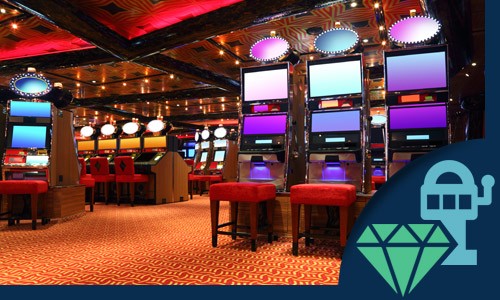 In preparation for the launch of its new casino industry, the Japanese government in contact with officials in Vegas to study how the City of Second Chances administers and regulates local and casino online games models.

The move comes as Japan prepares to implement 2018 legislation that legalizes casino gambling in the country. Previously, Japan had banned all forms of gambling but the 2018 Casino Bill allows for the development of three Integrated Resorts in as-yet-to-be-determined areas of the country.

The plan called for local municipalities to work with developers to create a framework by which one developer in each locale will receive a license to build and operate an IR.  Each IR is to include a casino, restaurants, bars, shops, convention facilities and family-friendly activities.

Even as lawmakers in Japan continue to debate over how they want to see the industry develop, they have decided to consider modeling the Japanese casino model after that of Las Vegas. Towards that end they are looking at Vegas to observe what is happening in Vegas.

Despite the fact that there are numerous casinos much closer to home, including those in Macau, Hong Kong, Singapore, New Zealand and Australia, Vegas is still considered the gold standard when it comes to casino entertainment.

The world’s top gambling venues are located in Vegas and the city, along with the state of Nevada, enjoys a long history of successfully running and regulating the industry.

Observers were surprised when Japan, a conservative country in which there is a high level of opposition to gambling, passed the Casino Bill. All forms of gambling have been strictly prohibited in Japan for decades. For a time, it seemed as if casinos wouldn’t ever operate in Japan.

For decades, nearly all forms of gambling have been strictly prohibited in this country. Players could only wager money on mahjong, a tile-based skill game. The pachinko (arcade-type mechanical game) arcades often included gambling which is tolerated.

Now, inspired by the revenues that nearby Macau, Hong Kong and the Philippines collect from their casinos, the Japanese government has OK’d casino gambling, though on a limited basis. The 2018 bill calls for the opening of three casino resorts in locales where the local governments support an IR development.

Japan has a large lobby that opposes gambling due to the ease at which, they say, people can become addicted. Gambling opponents in Japan point to the high rate of addiction to pachinko in the country to explain their staunch opposition to opening casinos. While acknowledging the concern, the government has chosen to go ahead with casino development and deal with problem gambling in other ways.

Toward that end, they are looking at various ways to curb a possible increase in addictive gambling behaviors once the casinos are built. In addition to studying the Vegas model the government has already instituted restrictions on the number of visits that Japanese citizens can make to a casino per month and mandated an entry fee for Japanese visitors.

The first gambling venues will not begin operating in Japan until at least 2024.  In the meantime officials must come up with an exact plan to get the casino-resorts up and running. Using Vegas as an example will be helpful in a number of ways. Vegas officials have decades of experience taxing and supervising casino-resorts.

Macquarie analyst Chad Beynon suggests that, as Japan looks to implement the types of regulations that Las Vegas currently has, they need to remember that not all of Vegas’s measures will be applicable in Japan. However, the Las Vegas casino model could provide a solid regulatory outline.

Some of the Japanese government’s actions may well be based on the research of the University of Nevada Las Vegas’s International Gaming Institute which is working with Japanese officials prepare to build their new gaming industry.

The UNLV’s Research of the Gaming Institute authored two reports to help Japan develop its regulated gaming industry. The report was subsidized by a  $289,000 grant from the US Chamber of Commerce.

The report, titled “Socio-Economic Impact of the Integrated Resort in Japan and Evaluation of Nevada Gaming Regulatory Process to Eliminate Organized Crime in Las Vegas Casinos” was completed with a collaboration between UNLV and Japan. The goal of the partnership is to help Japan formulate regulatory systems, ensure that criminal elements are excluded from the casino industry and set up programs that address problem gambling.

IGI Executive Director explained, “Japan is in a fortunate position. The government is asking all of the right questions, and the science behind the socioeconomic impacts of integrated resorts has improved significantly in the past 15 years, providing practical and powerful guidelines for many decisions.”

The IGI report aims to put together a comprehensive picture that Japan can use as they get ready to implement large scale legalized gambling. The report examines  ways that the Japanese government could balance the goals of growing a tourism market while it minimizes gambling’s social costs.

The report recommends that Japan create a national problem gambling council and a specialized law enforcement division for gaming investigations. The report emphasizes that the council should be “neutral” towards the gambling industry. The report also used previous research to examine the impact of various types of regulations including the imposition of betting limits.

The authors conclude that there is “limited information about the effectiveness of these programs in reducing harm” and that “Worryingly, admission fees likely increase the share of revenue from players with a gambling disorder….we strongly discourage placing any constraints on the domestic market (either through visit limits or entry fees).”

Keeping criminal elements from the casinos is foremost in many minds.  It’s no secret that the Yakuza, Japan’s criminal underground, is very involved in pachinko parlors and the government wants to make sure that they don’t get a foothold in the casinos.

In the report the IGI used Nevada as a model to show how Las Vegas has successfully moved away from a mob-controlled culture through licensing procedures and industry regulations. These moves, among others, have proven effective at keeping the casino business  clean.

Report authors suggested that the regulatory system be able to “help perform police-level overt and covert criminal investigations.” The goal would be to ensure that casinos themselves self-regulate. Regulators should also have the power to exclude people linked to organized crime from entering licensed resorts and be empowered to impose sanctions against operators.

Progress in setting up the Japanese casino industry is going much slower than originally forecast but analysts continue to predict a bright future for casino resorts in Japan.

Latest reports indicate that the industry has the potential to become the third-largest casino market in the world and generate  $25 billion annually.

Wynn Resorts, MGM Resorts International and Las Vegas Sands have all expressed a desire develop an Integrated Resort in Japan as have several Asian companies. Now, everyone is waiting for the government to select the three companies to be granted casino licenses.