Is There a "Zone" for the Online Casino?

Is There a "Zone" for the Casino? 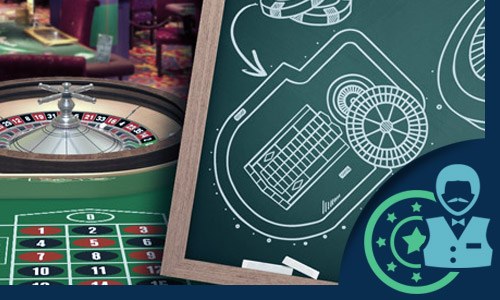 People who train for high level sports performance speak about getting into a flow state where they feel as though they are fully engaged in the sport they are playing. The right actions seem to come to them out of thin air and their performance is at its absolute peak. They call it entering The Zone, where everything seems like it's going their way and their opponents have no chance to counter.

This sense of flow comes about when people are engaged at exactly the right level, when they are challenged by the task they are performing enough to require their full attention, and yet not burdened so much that they feel too much frustration about not being able to succeed. That golden point where the challenge and the achievement meet is crucial for reaching the zone, among a host of other factors.

The question is, can people enter that same sort of zone state at the online casino? Do games of chance offer enough of a challenge to trigger that sort of concentrated effort? Can there be a sense of achievement when the basis for success is a matter of luck?

Focus is the Key to Reaching the Zone

The very foundation of the flow state - one which people report feeling as though they are at their absolute best with whatever activity they are doing - is a deep focus on the activity. Normally, it requires a great deal of practice to be able to reach focus at the required level. People need to be completely on top of the activity in order to keep their attention directed at it without wondering off in other directions.

For people who play casino games at the online casino, it may be possible to focus so deeply on the games that the experience becomes completely immersive. That may be the first step of reaching the zone. The thrill of risking real money does have a way of helping people engage with the games on a level unlike other activities when there is nothing at stake.

Depending on how well the game is going - how much early success the player feels - the games could get increasingly immersive. It is possible to lose oneself in any activity if it can keep ones attention, and having money on the line is usually enough to keep people's attention.

But can games of slot or cards push people into a full flow state if they have no control over the outcome of the games? That is a question best answered by the experts. There are certainly those who would argue that they felt fully engaged during a session at the online casino, regardless of what experts decide to call that state.

Focus on the Experience not the Result

One thing that is certain, however, is that the players who come to the online casino for the excitement it brings have a better chance of reaching that enormously pleasurable flow state than those who come for a quick chance to earn some extra cash.

Those who focus on the experience are more tuned into the nuance of the game and fully aware of how they feel when they are engaged in the action. That's one of the primary requirements of entering The Zone. Those who are more focused on the results, even if they are on a tremendous winning streak, are unlikely to reach the level of sensitivity that's needed for reaching the higher state of consciousness.

For a player, the test of what he or she is focused on would be to say how many games they games were winners and how many were losers. Those who know their record perfectly are probably focused more on the result than on the game itself. If they can't recall how many winning games they played, they are probably more focused on the experience they are having while playing.