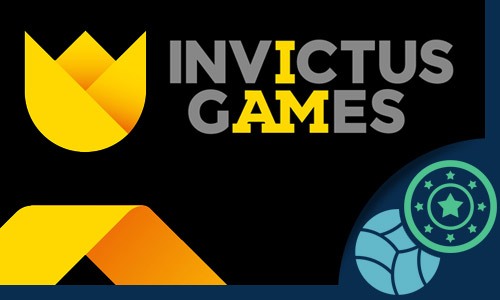 The idea of self-mastery expressed in the William Ernest Henley’s 1875 Invictus poem engaged South African rugby enthusiasts in 1995 and continues to captivate online casino South Africa enthusiasts today. The World Rugby Cup of 1995 came to be called the “Invictus Games.” Now, thanks to Prince Harry, that spirit of unity and cooperation continues to be played out on the world stage at the annual Invictus Games.

William Ernest Henley wrote Invictus in 1875. The poem expresses man’s capability for courage and dignity even in the face of unimaginable challenges and seemingly unsurmountable difficulties. “Invictus” means “undefeated” or “unconquerable” and over the years the poem has inspired countless people. One man who saw the Invictus poem as a parallel to his own life was Nelson Mandela. Mandela often recited the poem while he was imprisoned in the Victor Verster Prison on Robben Island.

The poem, the word and the concept of Invictus came to public recognition in 2009 when the biographical sports drama film Invictus Games was released. The film, which starred Morgan Freeman as Mandela and Matt Damon as the captain of the South African Springboks rugby team.

The true-life movie highlighted South Africa’s post-apartheid era when relations between white and black South Africans were fraught with anger and tension. Mandela was concerned that the strain could turn into violence. He became convinced that, by uniting behind the country’s rugby team in the upcoming World Cup, the nation could unite.

Mandela first sought to gain the support of Francois Pienaar who was the captain of the Springboks team. Mandela shared the Invictus poem with Pienaar and described how the poem had filled him with fortitude for forbearance during his years of imprisonment. Pienaar came to agree with Mandela and worked with him to bring the Springboks team, fans and, slowly, new supporters, together to cheer for the New South Africa.

As the tournament games proceeded, one by one, Springboks defeated the world’s top teams. By the last game, when Springboks defeated New Zealand’s All Blacks, the entire country joined together to celebrate the accomplishment of their national team.

In 2014 the Invictus Games was launched as an international adaptive multi-sport event for wounded, sick or injured armed services personnel. The original Games were held in the Queen Elizabeth Olympic Park in London, United Kingdom.

Prince Harry was an early patron of the new Invictus games as were Prince Charles, Prime Minister David Cameron, Prince William and Frederik, Crown Prince of Denmark. First Lady of the United States Michelle Obama supported the games as well.

Two years later in 2016 the second Games was held at Walt Disney World in Orlando Florida. The third games were held in September 2017 in Toronto Canada and the 2018 Games were held in Sydney Australia.. Prince Harry, joined by wife Megan Markle, has continued in his role as primary patron of the Games. The 2020 Games were scheduled to be held in The Netherlands but were postponed due to the coronavirus pandemic.

Prince Harry has been passionate about the Games since 2014 after he saw a British team compete at the US Warrior Games in 2013. The Prince wanted to bring the concept of international sporting to the United Kingdom. The UK Ministry of Defense, the London Organising Committee of the Olympic and Paralympic Games and then-London mayor Boris Johnson backed the Prince’s efforts and the Royal Foundation provided funding.

At the 2014 launch Prince Harry said that the long-term objective was to ensure that injured troops are not forgotten even though the country is ending its involvement in the War in Afghanistan. He also said that the Games would "demonstrate the power of sport to inspire recovery, support rehabilitation and demonstrate life beyond disability".

The Invictus Games Foundation was established to ensure that the Invictus Games continue. The foundation is responsible for sport & competition management, establishing games rules and categorisations, branding, serving as final arbiter on the inclusion of additional sports and participating nations and selecting future host cities.

Thanks to the Foundation the games evolved from a one-time event to a global movement. The Foundation aims to use the games to keep the ‘Invictus Spirit’ positively influencing all levels of society.