Investigations into Money Laundering at BC Casinos Coninues

Investigations into Money Laundering at BC Casinos 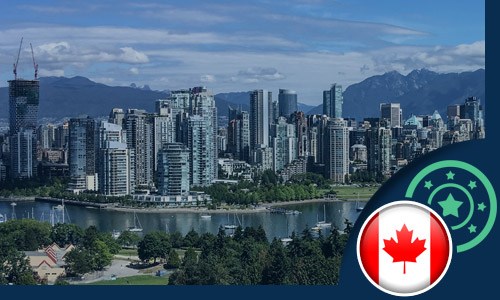 The public inquiry into money laundering at British Columbia casinos is continuing but it seems that the more questions that are answered, the more there are to ask. Last year, undercover investigations regarding casino online games and retail casino gaming resulted in BC casinos being accused of facilitating money laundering for Asian drug gangs whose members.

Last week executives from the BCLC (B.C. Lottery Corporation), the corporation in charge of managing gambling in the province, testified before the Commission of Inquiry into Money Laundering in British Columbia. The Commission is trying to determine what the BCLC knew and/or did regarding the frequent purchases of chips that were effected with bundles of cash that could sometimes reach the six-figure level.

“Was it your expectation that for players wanting to buy in at that level it would be much more convenient and easier for them to arrive with a bank draft or have funds wired rather than walking in with a duffel bag or grocery bag full of $20 bills?” Commission council Patrick McGowan asked BCLC CEO Jim Lightbody. Lightbody, who is currently on medical leave, replied that the Corporation, including himself, assumed that gamblers from China wanted to hide their gambling from their government and perhaps from their families.

The cash buy-ins are a central focus of the inquiry which is trying to determine how the money laundering operation worked and whether Canadian casino officials were involved or were just looking the other way.  It’s now clear the BC casinos were an important conduit point for cash from the Vancouver drug trade.

The money, according to the investigation, was first collected on behalf of organized crime networks by underground operators in Richmond and then loaned to, mostly, Chinese gamblers. When those gamblers needed to repay their loans they did so by means that mainly consisted of their Chinese asset transfers. The transfers would be made to a partner of the underground bank that put up the original cash loan.

One issue that has become clear to the Commission is that friction between the police, the Gaming Policy and Enforcement Branch (GPEB) and the BCLC can account for part of the reason that the money transfers were allowed to proceed. According to investigators, large cash buy-ins occurred with surprising regularity between 2010 and 2017. One underground bank, known as “Silver International,” handled more than $200 million per year in such transactions.

In 2010 the BCLC was fined for violations after transaction reports were filed. The BCLC then introduced anti-money laundering policies and voluntary electronic fund accounts. The casino opposed attempts by the BCLC and GPEB investigators to interview players at that time because they wanted to minimize any lost revenue and the agencies themselves didn’t even know if they had the power to insist on such interviews. So the so-called “whale gamblers” evaded anti-money laundering measures and the packets of $20 bills continued to flow.

The Commission has been examining the effect that miscommunications between agencies has had on the money laundering activities. Lightbody said that he tried to rectify the problem --  RiskScreen.com reports that, in his testimony before the Commission, Lightbody described how, “In 2013 the AML unit was struck and put together. We began working with GPEB and law enforcement urging them to help us, you know, confirm whether or not there is proceeds of crime potentially coming into our casino.”

By 2015, Lightbody said that many players had been banned from the casinos including Paul King Jin, Silver International associate and notorious loan shark. However, even while he was banned, Jin continued to loan money to gamblers and even met with Gateway Casino officials regarding a land deal.

Lightbody said that BCLC thought that it would be enough to know the source of the wealth when determining if any type of criminal activity was taking place. In one instance, a player who bought $460,000 worth of chips with $20 bills was deemed to be above suspicion because he was known to the casino as a wealthy individual who played regularly.

Another, a coal mine owner, purchased $994,000 in chips with $20 bills but, again, despite GPEB and police informing BCLC about their concerns,  his status as a wealthy coal mine owner put him above suspicion. Terry Towns, heads of compliance and security of BCLC until late 2012 said, “Well, he had enough wealth or whatever to gamble at this level. That’s what that explains.”

BCLC officials weren’t able to prove that the funds were proceeds of crime, said Lightbody. Such a determination was the responsibility of the police. Towns agreed that the casinos couldn’t deny the players their purchases of the chips. Towns said that the BCLC felt that if the gamblers were losing money, money laundering schemes wouldn’t include them in their activities.

“We had no basis to think that it was proceeds of crime,” Towns said, as quoted on Risk Screen. “The players were not in my mind criminals. They were gambling that money and are losing it, and if they weren’t losing, they weren’t given any cheques; they were given back cash. Unless there was a win on that initial buy-in, and then the cheque would be for that amount only.” In short, it because clear as the testimony proceeded that casinos and BCLC rarely turned down suspicious transactions.

In addition to such dealings, some casinos didn’t file reports for dubious transactions if the amount of the buy-in was under $50,000. Towns justified this, saying that suspicion didn’t provide a sufficient basis for casinos to decline the money. Brad Desmarais, Towns' replacement (2013), suggested that the money was entering  Canada from China via the airport, despite the fact that most of the cash discovered was in U.S. denominations while the casino buy-ins were in Canadian bills.

At the time Desmarais seems to have put forth the theory that the cash play can be explained by looking at Chinese cultural reasons.  He told Latimer that, in retrospect, he could have communicated better But it’s clear that he didn’t see money laundering as a major threat. In September 2013 he wrote “Changing the Way We Look At Cash” for BCLC staff that stated “the large amounts of cash at casinos is often erroneously associated with organized crime.” Since the GPEB never insisted that the BCLC cap $20 bill buy-ins at $10,000, said Desmarais, they never did.

Lightbody Desmarais and a third BCLC exec ended up touting a Player Gaming Fund (PGF) as a cash alternative program that was meant to have players deposit their money in a fund from which they could draw cash. But these PGFs were voluntary and rarely used. “Did the lack of voluntary participation in these apparently more convenient cash alternative programs tell you anything or cause you to have any concern about what the source of the $20 bills people were buying in with might be?” McGowan asked.

Eventually, the prevalence of suspicious transactions and the failure of cash alternatives such as PGF prompted then Minister of Finance Mike De Jong to write a letter calling for “AML compliance best practices, including processes for evaluating the source of wealth and source of funds prior to cash acceptance.”

Lightbody, however, interpreted this to mean that it didn’t apply to all cash transactions. “I was advised by Cheryl Wenezenki-Yolland (De Jong’s deputy minister) that the minister didn’t mean all funds,” said Lightbody. “He meant just keep doing it, you know, on your risk basis, so it’s not every single large cash transaction.”

Upcoming at the Hearings

Further hearings focused on politicians’ involvement in casino regulations and money laundering via the real estate market. Recommendations are expected to be forthcoming.