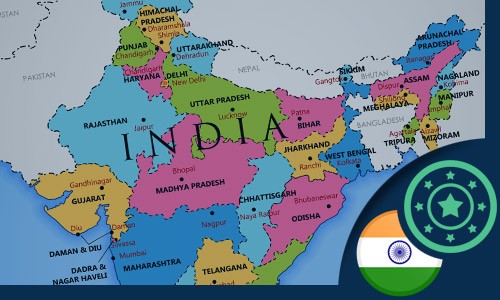 India’s laws regarding online gaming are unclear. In today’s world, where online casino gaming and esports activities are soaring in popularity, an Indian court is warning that the lack of clarity is leading to a dangerous situation.

Earlier this summer, a Madras High Court handed down a judgment that highlighted the need for regulation of online casino games. To date, Nagaland and Sikkim are the only two states who have introduced regulations pertaining to online gaming. The confusing situation in the country has led to a kind of Wild West scenario where laws differ from one province to the next and, in many cases, no law exists to turn to.

On July 25th the Madras High Court handed down an order. The judgment itself was of little importance, as it pertained to allegations of petty on-site gambling. But the court’s finding related to similar issues, most importantly,  the subject of regulation of esports and online casino gaming.

The D Siluvai Venance vs Inspector of Police case related to a group of accused defendants who were caught playing card games for stakes. This is prohibited under the Tamil Nadu Gaming Act. The Tamil Nadu Gaming Act, however, has no provisions for online gaming, only physical betting, and the court asked how it could be that people can legally play online games but not physical betting games.

In response, the Assistant Inspector General of Police, Law and Order replied that “there was a growing addiction for online gaming/gambling, particularly among the youngsters causing the financial crisis in families.” The response also mentioned that—"online gaming companies in India are now required to comply with multiple laws of India, both Central and State, but, most of them are not complying with techno legal requirements of different laws of India.”

The court was dissatisfied with this answer. It detailed precedents set by the  Madras Supreme Court as well as by other Hon'ble High Courts in regard to the regulation of gaming. The court questioned what constitutes a game of skill versus a game of chance? As reported by IndiaLegalLive, the court wrote: “To regulate the physical sports/games, we are having a legislative set up, but having such a set up to deal with the emerging online games/ virtual games is the need of the hour. A comprehensive regulatory framework by a regulatory body is necessary to regulate the online sports and to curb any illegal activities as well. In fact, such regulation of online sports would encourage investment in the sector, which could lead to technological advancements as well as the generation of revenue and employment.”

The Madras High Court was clearly aiming to point out the anachronism of Indian gambling legislations. The law differs from one state to the next and what is permitted in one state may be an offence in another. The Court’s ruling rejected the contention of the Tamil Nadu police that all online gaming activity is illegal because it all amounts to gambling.

All of the various laws that pertain to gambling in India, with some exceptions,  based on The Public Gambling Act, 1867. Since that time, only Nagaland and Sikkim have  introduced regulations that pertain to online gaming. Odisha and Assam allow “games of skill” in its list of approved activities but most other states exclude skill-based (or perceived skill-based) games from the applicability of their respective gaming/gambling laws.

In Goa, gambling is permitted in government permitted casino sites while West Bengal allows the playing of certain games, including poker, both off- and online subject to an appropriate license.

Cat Out of the Bag

The evolution of television and digital and online gaming models has allowed the cat to jump out of the bag, even if the regulatory environment hasn’t quite caught up. Increased Internet penetration have caused internet-based online games to be hugely popular worldwide. Under the aegis of the existing Indian government, the Digital India initiative has resulted in the improvement of the infrastructure as a whole.

Even in remote areas, there’s a high level of Internet speed  which brings online casinos to almost every corner of the country. Digital online payment systems provide the online gaming industry with the ability to serve all players, no matter where they’re located.

The number of online gaming sites in India has surged over the past few years. Especially popular are online card games such as Rummy and Poker as well as fantasy sports and esports.

The telecom revolution has led to internet and cable TV penetration in most areas of the country. A KPMG study, conducted last September, suggested that the Indian online gaming industry will exceed Rs .25,000 crore by 2024 – that prediction was made before the coronavirus pandemic when online gaming increased even more.

Yet laws regarding online gambling in India mark the pastime as a grey area. Most observers believe that the issue will eventually reach the Court System which will be obligated to adjudicate it, if Parliament doesn’t act first. Both branches of government are under pressure to act because the lack of regulation of online gaming is costing the public dearly.

Definitions are the Crux

Many observers say that, in the absence of a regulatory framework, the distinction between gambling and online games, with prize money or otherwise, causes one to be lumped in with the other and gamers are prosecuted. Such a misunderstanding of the industry means that, currently, the law on gambling and what constitutes gambling varies from state to state, even excluding the question of whether the game in question is a “game of skill.”

For instance, Odisha and Assam include games of skill in their definition of gaming including games that have no relation to real-world games or card games. Strategy games, online sports games and first-person shooters are thus deemed illegal.

Online skill gaming around the world as well as in India is witnessing tremendous growth. Innovation, access to technology and changing consumption patterns are fueling the growth. In the absence of government intervention it’s time for the industry to set-up procedures and policies for integrity and transparency, self-regulation and ensuring high standards of corporate governance. Such initiatives would improve consumer protection, reduce the instances of problem-gamers and facilitate the development of an industry outlook that can contribute to the country through employment and taxation.

The Madras High Court concludes, saying “Therefore, this Court hopes and trusts that this Government shall take note of the present alarming situation and pass suitable legislation, thereby, regulating and controlling such online gaming through license, of course, keeping in mind the law of the land as well as the judicial precedents in this regard…”