How Will ISTG 21 Change Gambling in Germany?

How Will ISTG 21 Change Gambling in Germany? 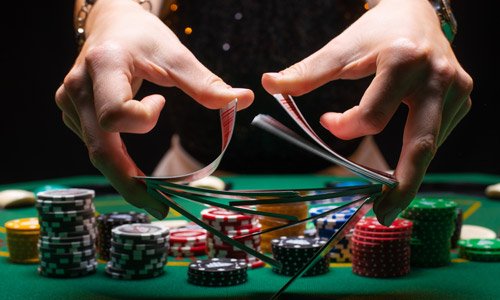 New German  legislation, the Interstate Treaty on Gambling, could relax Germany’s gambling laws and transform the industry for German bettors and gamers. In recent years, critics of Germany’s tough gambling laws have been seeking ways to make casino games and other types of betting available to all residents of the country.

ISTG 21 means big changes to the country’s gambling laws.  Online casino games gambling, which had only been allowed in the state of Schleswig-Holstein, will now be available in all German locales. Simultaneously, there will be more limits on how much a gambler can wager, advertising gambling services will be closely monitored and new tax policies will further limit the amount of proceeds gambler will take home.

ISTG 21 came into effect in July 2021. Until then, local operators could not get licenses to operate online casinos at all for anything other than sports betting. There were few licenses available for domestic land-based operators  and German states had monopolies on lotteries.

This resulted in the proliferation of offshore online casinos which Germany authorities could neither regulate nor tax. While countries like the UK and Denmark, which had updated their laws pertaining to online casinos, were collecting significant revenue from those casinos, Germany was losing out.

German legislators took note of predictions that, by 2024, the gambling industry would be worth an estimated €3.3 billion. They committed to overhauling the country’s gambling laws and in March 2020, just as the pandemic was settling in and gaming was growing, they approved the ISTG.

The treaty is surprisingly wide-reaching. It states that all German states will be authorized to license operators to run casino games within that state including slots, poker and other games. States will decide on the terms of the licenses for their state. Open licenses may be given for online poker and slots and monopolies may be run for table games such as baccarat and roulette. Based on the number of brick-and-mortar casinos that are operating in a state, the state will be able to determine the number of online licenses to be granted. Licenses can be granted for five or seven years.

Licensees will be closely monitored. They will be obligated to deposit at least €5 million and must agree to adhere to safe gambling practices. The treaty obligates licensees to agree to

Germany’s new legislation on gambling is also zeroing in on advertising to ensure that casinos and other gambling entities don’t draw in underage gamblers or unduly entice bettors to wager more than they can afford.

The country will have a new central regulatory authority that will monitor the media to ensure that no sports betting opportunities are advertised before or during live events. Online casino ads will be allowed only before 6:00a.m and after 9:00pm to keep children from being lured in by the ads.

Tax laws now mandate a 5.3% levy on poker and slots bets and a rise on sports betting.

Prior to the adoption of the ISTG Germany’s gambling laws were some of the most archaic in the Western world. Efforts to reform the system were initiated at the behest of critics who wanted German players to spend their money in a regulated environment and that tax revenues would be collected by the government.

Many of the legislators who voted for the ISTG weren’t pro-gambling per se but recognized that the gambling would take place one way or another so it was best that it be under the auspices of the government authorities in a way that allowed taxable proceeds to contribute to the national economy.

Christian Tsambikakis, the director of anti-money laundering body Kerberos, said that ‘legal and illegal offers can now be separated’ which would facilitate the struggle against unauthorized providers.

Other advantages include the increase in job opportunities and the parity that Germany now has with laws in countries like the UK. All but the most strident anti-gambling activists acknowledge that the new gambling law does what’s needed to protect society while allowing individual freedom.

Still, there are critics who protest that the law misses the mark in many cases, especially vis a vis the tax changes. According to ISGT casino operators will be taxed on the staked amounts which is a higher figure than that of the gross gaming revenue (GGR).

Deutsche Sportwettenverband (DSWV), a German sportsbook, said that the tax burden would simply be passed on to the bettor as operators build a higher house edge which would place the advantage even more in their favor in order to maintain their profit margin.

An additional concern is that the more stringent rules would encourage bettors to play through illegal operators and foreign sites.  For example, maximum bet amounts and slower spins mean that it takes players longer to meet wagering requirements -- the figure required to access the promotional bonuses -- and that would encourage them to find gambling sites where they can achieve those bonus winnings more quickly and easily.

German game provider also want to see the government clamp down on illegal sites that offer their products in Germany. Tough sanctions are needed, they say, to deter these offshore operators from targeting domestic customers.

The concern of domestic operators is valid and what they have to say about restrictions and tax laws must be considered as the country continues to refine their gambling legislation. The government is obligated to protect domestic players, workers and local operators.

The overhaul of Germany’s outdated regulations, however, was inevitable, especially in light of the online gambling industry’s recent upsurge. The ISGT is only the first  step to remedy a situation that will need to be reviewed and reevaluated repeatedly in the coming years.