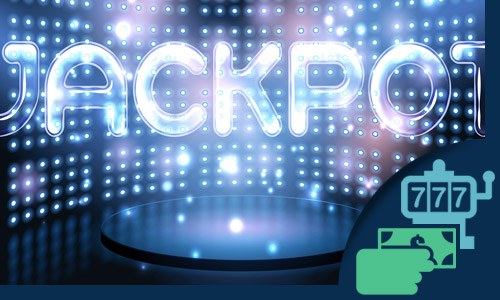 When the online casino came into being, the slots game occupied a small place. Limited to three reels and only as many as three pay lines, the options for the game seemed limited in the digital age. At best, it seemed, it would be a facsimile of the real thing, nothing more and nothing less.

Of course, we know how history took its course. The lowly slot machine emerged as the most popular game in the entire online casino, pushing poker to the side and completely obliterating popular games such as roulette and blackjack.

What was the secret? Adding two more reels and making the playing area far bigger. That change led to a rapid evolution. Unlike like all of the others, slots could be built on any theme, from serious to whimsical, and everything in between. The action was quick, and the games were little doses of thrills wrapped up in shiny, funny, or glamorous packages.

Best of all, the themes can come from anywhere, and that includes pop culture. That gives the games an extra wrinkle. At Thunderbolt Casino, when you play the Ritchie Valens slots game, La Bamba, it brings back an era of time people can actually remember. Same with the Three Stooges series. Who didn't grow up watching the classic comedians in reruns?

What Makes Slot Games So Immersive

Since the slot revolution, people have been trying to explain why slots games bring such a deep engagement, when other online casino games simply entertain. There are, of course, many reasons. One of them is that the slots game represents casino gambling in its purest form. There is nothing but luck at play with every spin. There is no way to alter the speed of the reels or anticipate how they are going to land. The results are entirely random and left to chance.

That's quite appealing to gambling purists. But the connection between slots games and the larger culture is another major factor. People can let their minds wander when they play, and they can feel as though they are deeply embedded in the culture. Games like Panda's Gold or Ocean's Oddities provide enough material to release the mind to a wild reverie that offers a deeper connection than card games or dice games.

Spinning the reels again and again over a short period of time also allows all of the elements of the theme to emerge, creating a fuller picture. That lets players melt into their own story about the game, and the symbols that come into play. With the high graphical quality and realistic sound effects so many games employ, the senses are swamped with signals.

Where Does the Future Point?

We can't know the future but we can start putting our bets on what the online casino might look like in the coming years. Chances are, the slots will still rule the room, and there will be more games that look more and more like tributes to culture.

That's because the more familiar something is, or the more beloved, or even just popular, the more appeal it has for slots players. The more one knows about a theme in advance, the more one has thought about it, the more immersed one will be. The symbols will serve not as reminders but as touchstones that contain emotional responses and intellectual arguments. They will be shortcuts to reliving whole experiences.

Which aspects of culture are likely to follow? Major sporting events such as World Cup Football Tournament are good candidates. They are already associated with a feeling of excitement and quality, and they are widely known and unifying. Perhaps a game could emerge out of any one of the teams, such Spain, Argentina, or France, which boast so many great players.

In any case, the speculation on specifics points in the direction of more culture. As slots developers have discovered, culture is the glue that bonds us all.